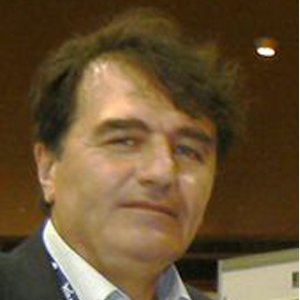 Prof. Markovic was born and raised in south-central Serbia and was passionate about natural sciences from his very beginning. At 15, he moved to a new city, Krusevac, and began a specialist high school program in mechanical engineering. Here, he stood out from all of the other students with his intellectual excellence and even learned guitar, a hobby he passed on to his children. After completing his required military duty, he continued his education at Belgrade University in mining engineering and graduated in 1975.

Upon graduating, he began his career as a mining engineer in Serbia and was soon promoted to head of feldspar flotation plant and head of technological process. As he developed further interests in electrotechnical engineering, he began a new electrical program at University of Nis but was forced to discontinue after three years due to the demands of work.

In 1980, he joined a new mining company as head engineer for raw materials in the energy industry. During this time, under the mentorship of Dr. Ramler, her took a professional internship in Germany working on the retorting and pyrolysis of oil shale.  Prof. Markovic's previous academic excellence led him to complete his magister (doctoral) studies where he taught courses related to flotation and mineral processing. After defending his thesis in 1989, he was appointed as a Proffesseur.

In 1990, he visited Institut National Polytechnique de Lorraine (INPL) in Nancy, France where he researched the physico-chemical characterization of sulphide mineral surfaces. His efforts awarded him an opportunity to complete his PhD, but this was unfortunately lost due to political adversities. However, he successfully completed his PhD at the technical Faculty of Bor, where he then moved on to become an associate professor and finally a full professor in 2008. He was elected as the vice-dean for science and international cooperation from 2000-2002 and again from 2006-2009.

In 2006, Prof. Markovich also spent some time as a visiting professor in Chile, where he visited several mines and universities. One of his favourite aspects of his career was visiting mines and universities internationally and he spent time in different countries all around the world.  In terms of research, Prof. Markovic published over 180 articles at conferences around the world, one of his most memorable being SIPS. He was also a member of several societies and associations throughout Serbia. His commitment to his country awarded him an honorary citizenship where he received a biometric passport.  One of his most memorable conferences was at SIPS. He co-authored multiple articles, each presented at SIPS 2016 held in Hainan-Island China, as well as at SIPS 2017 in Cancun, Mexico. We will always be appreciative of his significant contributions to FLOGEN and to the science community.

Prof. Markovic was remarkable in several ways. He spoke four different languages and cared about being a committed teacher just as much as being a distinguished researcher. He was a father to three accomplished children and one grandchild. His legacy as an academic and a teacher but also as a family man and husband, will live on forever.