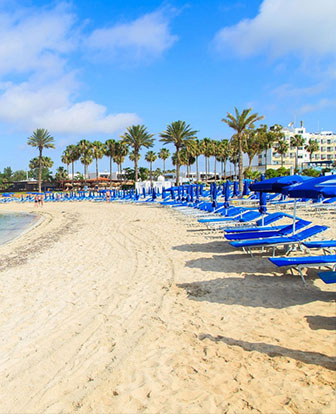 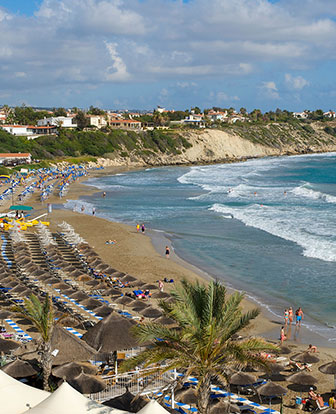 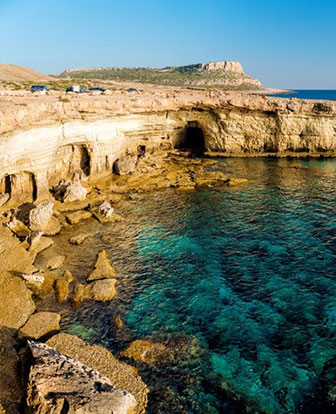 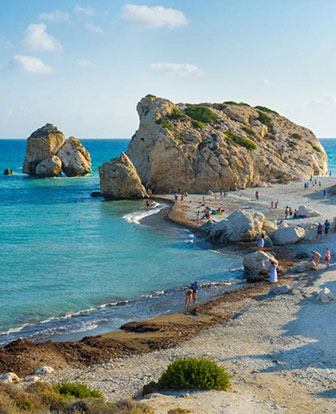 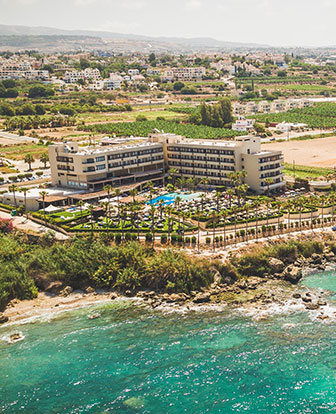 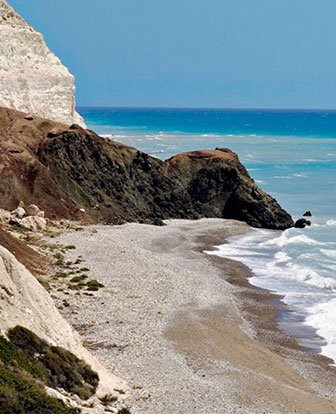 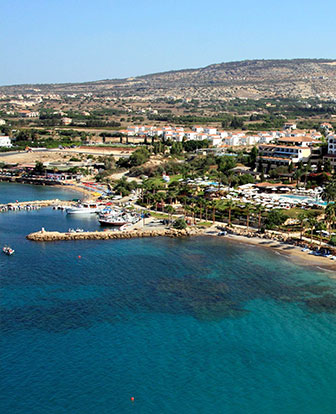 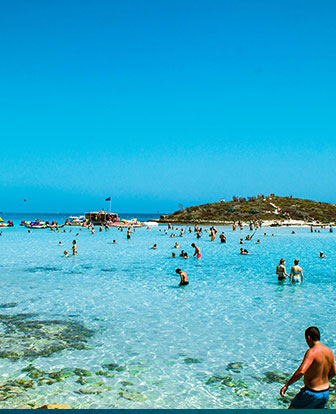 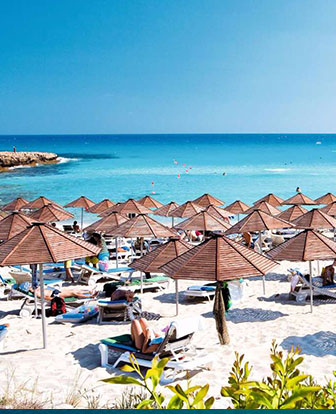 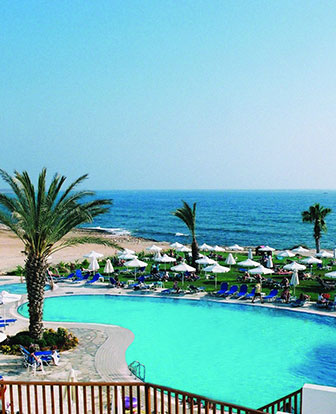 This major symposium is in honor of the distinguished work and lifetime achievements of Prof. C. Austen Angell who turned 85 a short time ago, but who remains active in the field of liquids, and glasses, especially water and ionic liquids, and battery electrolytes. He has played a major role in moving glass-forming liquids from a laboratory curiosity to being perhaps the central challenge of liquid state studies. It is difficult to find another person whose research experience in the non-crystalline condensed state has covered a broader range of materials.

Born in Canberra, Australia, to a father who melted aluminum (from wrecked aircraft) in their dining-room fireplace to fabricate gear wheels and knife handles, it wasn't surprising that he chose chemical metallurgy as his major at Melbourne University, where he obtained B.Sc. and M.Sc. Degrees. His post-grad studies began with the application of four component phase diagrams to understand lead smelting slag phenomena, then continued with molten salt studies under emminent electrochemist John Bockris, at UPenn, Philadelphia, and concluded with an Imperial College of Science Ph.D. on metal-molten salt solutions under Bockris' star student John Tomlinson - for which he won the biennially awarded ICSc Armstrong research medal.

Before thesis submission he attended the first Faraday Discussion on Molten Salts and listened carefully as his elders discussed new models of transport like the free volume model of Cohen and Turnbull which gave insight into the provocative viscosity divergence known for certain supercooled liquids. After graduation, he returned to Australia briefly and looked into the simple KNO3-Ca(NO3)2 ("ionic argon") glassforming system from which he found it was possible to pull long fibres of clear glass. He measured diffusion and conductivity in the liquid and found the data precisely obeying the Cohen-Turnbull predictions. It was a transformative experience and the reports in J. Phys.Chem. earned him his first Gordon Conference speaker invitation. "CKN" has become a model system in the field.

After two years he returned to the USA to work with Dieter Gruen at Argonne National Laboratory where he learned transition metal spectroscopy and observed the color changes of favorable ions like Ni2+ and Co2+ as they increased their coordination numbers on the way to the glassy state. Then Sputnik went up and US science was jolted out of its complacency- and there were faculty positions, research grants, and good students responding to the challenge. Angell joined Purdue University's Chemistry Department and, aided by students like Joe Wong, Ed Sare, and Joe Tucker, was quickly tenured. 1976 was a busy year. A collaboration with Leslie Woodcock produced the first computer simulation study of the archetypal glass-former, SiO2, by modelling it as an ionic liquid. The book "Glass Structure by Spectroscopy" with Joe Wong, ˜800 pages, now cited well over 1000x, was published, and post-doc Robin Speedy's paper on power law (critical-like) divergences in the compressibility, ignited widespread and enduring fascination with supercooled water. With a growing list of Gordon conference invitations to talk about glassy state fundamentals, and supercooled water physics, full professorship and the University Research (McCoy) medal soon followed.

In 1989, after 23 years of cold Indiana winters, Angell needed warmer climes and moved to Arizona State University's Chemistry Dept. where Materials Chemistry was thriving in the hands of Mike O'Keeffe, Paul McMillan and colleagues. O'Keeffe argued for the merits of the high pressure variable, and the team made B3C, the third hardest material known. Then together they made the first pure nitride glasses – so hard they scratch all the other glasses. With George Wolf and Jenny Green, they studied water and salt solutions at negative pressure, reaching -1500 atm, before cavitation. When Omar Yaghi arrived at ASU to make the first MOFs (effectively crystals trapped under negative pressure), he (Yaghi) teamed with O'Keeffe to produce a series of elegant papers that established their leadership in this now enormous field. Angell's group found how to make monolithic glassy MOF films and, with Yaghi, (now at UCBerkeley) showed they could have competitively large internal surfaces. For massive sections, they pose a major processing problem, yet unsolved. In parallel, Angell's electrolyte group made major inroads on ionic liquids properties, and "J.-P." Belieres showed they could make fuel cells run on "protic" ionic liquids as the proton carriers (a significant breakthrough after 150 years of aqueous acid or base electrolytes). While the friendly rival Watanabe group in Yokohama made the first scientific report, Angell's group obtained the first patent!).

50 years after the first Faraday meeting on Molten salts mentioned in the second paragraph, the first Faraday Discussion on the daughter discipline, Ionic Liquids, was held, in Belfast, Northern Ireland. In a nice status inversion, the chosen Introductory Lecturer at this event was the aspiring student of the Molten Salt meeting, and the honoree of the present Symposium. Angell has now published some 540 papers and reviews, for which Google Scholar reports over 60,000 citations and an Hindex of 111. He has received awards from several technological Societies [Morey (ACerS, 1991) Hildebrand (ACS, 2004), Turnbull (MRS 2005 ) and Bredig (ECS, 2010) awards, topped recently by the Otto Schott award for Applied Glass Sciences, 2018]. His efforts have also been recognized by a special issue of J. Phys. Chem. in 1999, and honor symposia in 1998 (Pisa), 2008 (Vancouver), and 2014 (Bengaluru).

His work continues on several fronts. Recent (2017, 2018) publications from his lab have described solid acids with record-breaking conductivities, and plastic crystal lithium electrolytes with conductivities higher than for most liquid electrolytes, while collaborations with overseas groups (Woutersen at UVA, Amsterdam, and Wei at Aachen) have generated Science and Science Advances papers on reversible liquid-liquid phase changes in aqueous ionic liquids, and water-like behavior in liquid phase change materials (PCMs). This symposium will seek to capture some of the excitement of these diverse liquid phenomenologies and their potential for commercial exploitation in sustainable technologies.

Jairton Dupont received his PhD at the Universite´ Louis Pasteur of Strasbourg (France) and after a period as a post-doc at the University of Oxford (UK), he became a Professor of Chemistry at the Institute of Chemistry, UFRGS (Brazil). He has been an invited Professor at ULP (France), Nuremberg-Erlangen (Germany) and Universidad de Alcala de Henares and Rovira i Virgili (Spain). He is a member of the Brazilian Academy of Sciences, among the various distinctions he has received the Humboldt Research Award, the Conrado Wessel Science Award and the Brazilian Gran Cruz. His research interests are mainly centered on ionic liquids with special emphasis in catalysis, nanomaterials and alternative energies. He has co-authored around 200 scientific publications and several patents and book chapters.

Alois Loidl
Inst. of Physics, U. of Augsburg
Germany, [Bio]

Ranko Richert is a professor of chemistry and biochemistry in the School of Molecular Sciences at Arizona State University. His research interests focus on the physical chemistry of soft materials, with emphasis on glass transition phenomena. After receiving his undergraduate degree in physics in 1982 and his Ph.D. (Dr.rer.nat.) in 1985 in physical chemistry from Marburg University, Germany, he obtained the 'Habilitation' degree in 1991. He was awarded a Minerva Fellowship from the Max-Planck-Gesellschaft for a postdoctoral stay at the School of Chemistry, Tel Aviv University, Israel in 1992-93. Beginning 1993, Ranko Richert held a senior researcher position at the Max-Planck Institute for Polymer Research in Mainz, Germany, and was lecturer since 1994 in the Department of Physical Chemistry at the University of Mainz before joining the ASU faculty in the fall of 1999. His research activities in the School of Molecular Sciences involve experiments based on solvation dynamics and dielectric relaxation techniques. Current research interests of the group include the structure and dynamics of liquids and glasses, phase and glass transitions, linear and non-linear dielectric relaxation spectroscopies, confinement and interfacial effects, as well as thermodynamics of viscous materials.

Masayoshi Watanabe is a Professor of Yokohama National University. He received his B.S. (1978), M.S. (1980), and Ph.D. (1983) degrees from Waseda University. After a visiting scientist with Professor Royce W. Murray at University of North Carolina (1988–1990), he joined Yokohama National University in 1992 and was promoted to a full Professor in 1998. He received the Award of the Society of Polymer Science, Japan (SPSJ) in 2006, Distinguished Research Award of Yokohama National University in 2012, the Award of the Electrochemical Society of Japan (ECSJ, Takei Award) in 2016, The Electrochemical Society (ECS) Max Bredig Award in 2016, and The Commendation for Science and Technology by the Minister of the MEXT of Japan, Prizes for Science and Technology in 2017. He served as President of Ionic Liquid Research Association, Japan (2006-2010), as Vice President of SPSJ (2014-2016), and as President of ECSJ (2018-2019). He has published more than 400 original research papers and 200 books and reviews in the fields of ionic liquids and ionic materials. Number of Citations: ca. 25,000, h-index = 84.

Lothar Wondraczek obtained his PhD at the University of Clausthal (Germany) in 2003 where he worked on mid-infrared sensing of pollutants in industrial melting furnaces. After that, he joined Corning’s European Technology Center in Avon, France, as a Senior Scientist. In 2008, he was one of the youngest German scientists to obtain a permanent professor position in the engineering sciences (Materials Science) at the University of Erlangen-Nuremberg, where he started building-up what became a vibrant group of about 30 scientists, working on the broader area of glass science. In 2012, together with his group, he moved from Erlangen to Jena where he now holds a chaired professor position in glass chemistry, and has also been director of the Otto Schott Institute of Materials Research since 2016.
His research area includes all areas of experimental glass science with a focus on optical and mechanical properties. He has received several national and international research awards, among them the Weyl, Dietzel, Zachariasen and Gottardi award for research on glass materials, an ERC Consolidator grant in 2016, and visiting professor appointments at University of Lyon 1, France, and South China University of Technology, Guangzhou, China.

Masahiro Yoshizawa-Fujita was born in Hitachi, Japan in 1973. He received his PhD degree (March, 2002) from Tokyo University of Agriculture and Technology (Japan). During his PhD studies, he received a Research Fellowship for Young Scientists at the Japan Society for the Promotion of Science (JSPS). He spent four years as a postdoctoral research fellow (at Tokyo University of Agriculture and Technology as a JSPS postdoctoral fellow, at Arizona State University (USA), and at Monash University (Australia)). He moved to Sophia University as an Assistant Professor in 2006. He was promoted to Associate Professor in 2011. His recent research activities are concerned with the design of ionic liquids, especially for battery research and biomass processing.

Dr. Yuanzheng Yue is Professor of Chemistry at Aalborg University (AAU), Denmark, and a distinguished visiting professor at Wuhan University of Technology, China. In 1995, he received his Ph.D. degree in Materials Science from Technische Universität Berlin, Germany. Since then, he has been conducting materials research in both academia and industry. In 2003, he established Center for Amorphous Materials Science at AAU, Denmark. His research focuses are on liquids, glasses, glass fibres, cementitious materials, metal-organic framework glasses, and amorphous materials for insulation and energy storage. He is authored/co-author of about 300 papers in international peer-refereed journals. He has delivered about 110 invited talks at international conferences. He is a council member of the International Commission on Glass (ICG), and the founding chair of the ICG Technical Committee for Glass Fibers. He is an editor of Eur. J. Glass Sci. Techn., and an editorial board member of J. Non-Cryst. Solids. He is an elected fellow of the European Academy of Sciences.