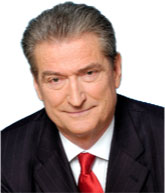 Born on October 15, 1944 Sali Berisha graduated from the Medical Faculty of the University of Tirana in 1967 "with honors". He specialized in cardiology and was subsequently appointed as an assistant professor of medicine at the same university and as staff cardiologist at the Tirana General Hospital. During the '70s Mr. Berisha gained distinction as the leading researcher in the field of cardiology in Albania and became professor of cardiology at the University of Tirana. He was selected in 1986 as a member of the European Medical Research Committee of WHO. During this period he published a number of articles in prestigious European medical magazines and journals. In 1989 he was awarded the title Professor at the Tirana University.

1992-1997: President of Republic of Albania: Following his election as the President of Republic of Albania, Mr. Sali Berisha and the democratic government were engaged into a profound course of multifaceted reforms. He undertook a deep reform of private residential properties as well as that of small and medium state enterprises; He liberalized the markets, brought down the inflation and increased GDP to an average of 9 percent, 75% of which was generated by the private sector. Albania became a member of Council of Europe in 1995; signed the Partnership for Peace Agreement in 1993 and established a close cooperation with EU countries and USA.

2005- Present: Prime Minister of Albania: Following his appointment as Prime Minister of Albania, after several years as opposition leader, he has undertaken a vast number of reforms in all fields. Major infrastructure investment program has been carried out throughout the country with focus in roads and ICT infrastructure. His government has introduced digital technology in civil registry, citizen identification and integrated border control and management. He has simplified bureaucratic procedures, drastically improved the business climate, introduced a flat tax of 10 percent, developed a full electronic procurement system and modernized the custom system. He has doubled the state budget in four years and has drastically increased the revenues. During this period Albania signed and implemented the Stabilization Association Agreement, gained full NATO membership, applied for candidate status for European Union and was granted a visa - free travel regime for the Albanian citizens in the Schengen area. More information at: http://www.keshilliministrave.al/index.php?gj=gj2

Under his leadership his country Albania: 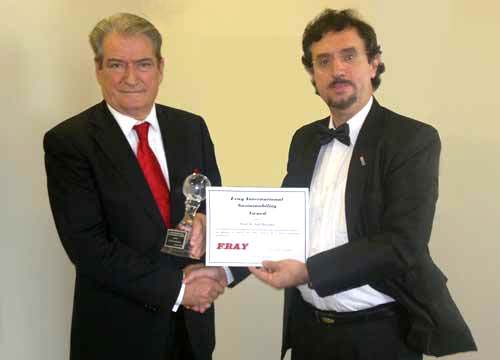