A solid discovery with multiple sustainable solutions - a solid scientific conviction, courage and persistence
Imagine yourself making a new scientific discovery and nobody believing you. What would you have done if the most famous double Nobel laureate and head of a big scientific professional society publicly ridiculed you as a quasi-scientist in front of thousands of people in a scientific conference? How would you have behaved if, because of your discovery, the head of your research group fired you for "bringing disgrace" to the team? You would probably have quit university, science, technology and possibly even life.

That's not what Professor Dan Shechtman did. Probably because he is a materials and metals scientist and engineer! He possesses deep scientific conviction, courage and persistence. He discovered quasi-crystals exactly 30 years ago, in 1982, while fast quenching an aluminum and magnesium alloy. This went against the established scientific knowledge which recognized only crystals and amorphous phases. Nobody believed him and furthermore he was ridiculed. A double Nobel laureate, fought against him for a decade and once ridiculed him in front of thousands of people at a scientific conference by saying: "There are no quasi-crystals, there are only quasi-scientists." The head of Shechtman's research group told him to "go back and read the textbook" and then fired him for "bringing disgrace" to the team.

This kind of behavior in society is normally called "bullying" and brings catastrophic consequences to people, sometimes even resulting in suicide. We frequently see these kinds of stories on TV and in journals these days in many different fields, but not in science.

Prof. Shechtman did not give up. His battle eventually forced scientists to change their fundamental concept of the matter. His discovery started to be recognized only about twelve years later. The entire fundamental chemical knowledge of crystals and amorphous phases was completely changed by a materials engineer whose discovery reached wide recognition only about 20 years later and after all culminated in the awarding of the Nobel Prize in 2011, about 30 years after his original discovery.

Today the quasi-crystals he discovered through an electron microscope in a fast quenched metal alloy have found widespread sustainable applications from LEDs to engines and frying pans due to their non-stick, rust-free and heat-resistant properties.

His life story speaks volumes and is a great inspiration to young scientists and engineers who should possess the same type of scientific conviction, courage and persistence and should never withdraw when faced with difficulties wherever those difficulties might come from or whoever creates them. This helps equally a sustainable development of the world through scientific and engineering solutions and through encouraging the most valuable of its resource: people that belong to these professions. 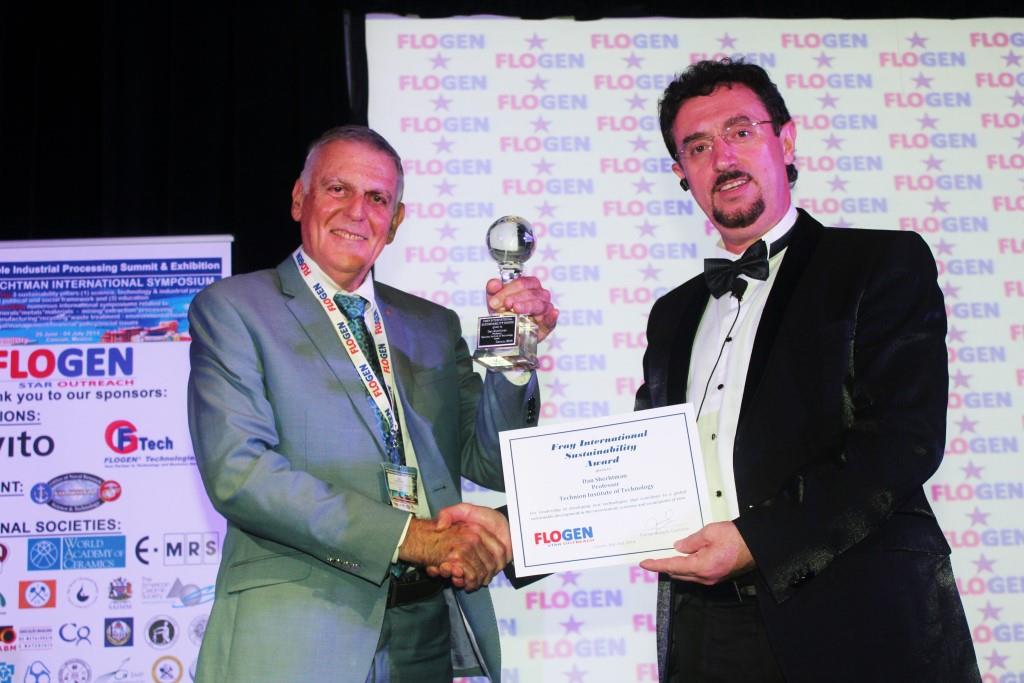