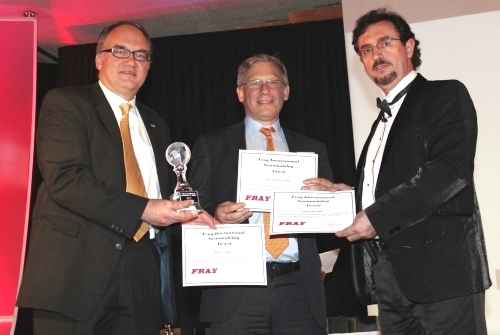 Following the footsteps of other FLOGEN award recipients who have subsequently achieved further recognition, Umicore Materials Company, was proclaimed the Most Sustainable Company in the world in the 2013 Davos Economic Forum in January 2013.
https://www.umicore.com/pdf/umicore-ranked-number-one-in-global-100-most-sustainable-companies-in-the-world-index.pdf

As usual, with its prestigious awards, FLOGEN has opened/validated and/or confirmed the pathway to further high honors for individuals who have greatly contributed to science and technology, as detailed in previous similar cases given in these pages

We wish similar future successes for all previous FLOGEN Award winners that were honored during numerous Sustainable Industrial Processing Summit, as documented in the pages of this Web Site.