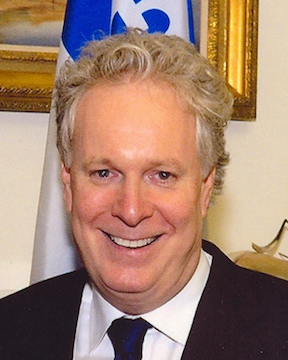 Jean Charest was born in Sherbrooke on June 24, 1958. Within a few years of finishing his law degree, Jean Charest leaped into the political arena, beginning his career at the federal level with his election in the riding of Sherbrooke at age 26 for the Progressive-Conservative Party of Canada. Re-elected three times, he was given a number of ministerial positions in the House of Commons. At age 28, he was made Minister of State for Youth, the youngest Cabinet member in the history of Canada. At the Earth Summit in Rio de Janeiro in 1992, in his capacity as federal Environment Minister, Jean Charest headed the Canadian delegation that signed the UN Convention on Biological Diversity. He entered Québec politics in 1998 as Leader of the Liberal Party of Québec. With the general elections of 1998, he won the Sherbrooke seat and made his National Assembly debut as Leader of the Official Opposition. He became Premier of Québec further to the 2003 general elections. His party was returned to power in 2007 and 2008. In 2007, he formed Québec's first gender-equal Cabinet.

As soon as he came to power in 2003, the Premier made health [pdf] a priority. Numerous measures were deployed across Québec to reduce wait times for surgery, turn the tide in the shortage of physicians and nurses, and facilitate access to front-line services in every region of Québec.

Families [pdf] are at the heart of the initiatives undertaken by Jean Charest's government. To enable families to reap the benefits of direct government action, his government established Child Assistance and the Québec Parental Insurance Plan, North America's most extensive and generous parental leave system. His government also furthered access to reduced-contribution childcare and strengthened measures for successfully blending work and family life.

The environment [pdf] is another issue of paramount importance for Jean Charest. Through, among other things, his government's ambitious greenhouse gas reduction targets, petroleum royalties, and the Sustainable Development Act, which adds to the Charter of Rights and Freedoms the right for every person to live in a healthful environment in which biodiversity is preserved, Jean Charest has made Québec a leader in the field of the environment and sustainable development in North America and globally.

The action of Jean Charest's government's action is geared towards economic development [pdf] and the creation of wealth, with a view to Québec's international reach and the continuance of Québec's social programs. The Premier wants to empower Quebecers to be more prosperous, notably by developing and enhancing Québec's energy resources and by establishing a new economic space that will improve Québec's position on the world scene. With Jean Charest at the helm, Québec withstood one of the worst financial crises the world has ever known.

On May 9, 2011, Jean Charest launched the Plan Nord, the work of a generation that brings together the imperatives of environmental, social and economic growth and sustainability. 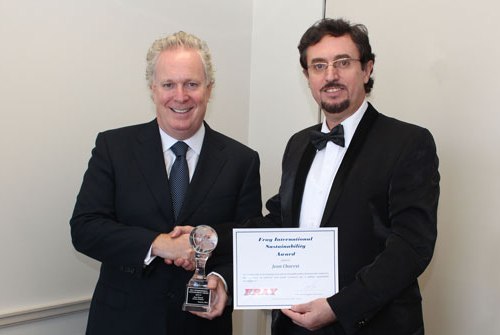