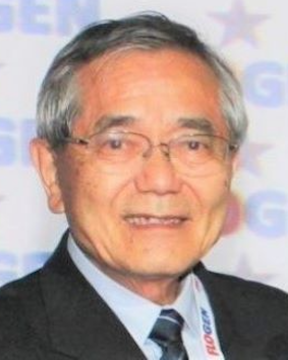 Ei-ichi Negishi was a brilliant and distinguished organic chemist who is decorated with some of the science community’s top honours and awards. Most notably is the 2010 Nobel prize in Chemistry which was awarded to him based off his work with palladium-catalyzed coupling reactions. His efforts have shaped the entire organic chemistry industry, and his principles are used by world class researchers and drug developers every single day.

He was born in Manchuria and raised in Japan, before moving to the University of Pennsylvania to obtain his PhD. His passion for coupling reactions and organic chemistry was matched by his passion for educating. In 1966, he became a postdoctoral associate at Purdue University where he worked until 1972. He then became an assistant professor at Syracuse University before returning to Purdue in 1979 where he became a full professor. During his time at Purdue, he was a Herbert C Brown distinguished professor and the director of the Negishi-Brown institute.

His greatest accomplishment was the discovery of the Negishi coupling process which is used to condense organic zinc and organic halides under a palladium or nickel catalyst to obtain a C-C bond. He also determined that organoaluminium compounds could be used for cross coupling. Despite advice from his colleagues, Negishi chose to not patent his discovery so that the most amount of people could access his results with ease. It was decisions such as that one, that truly spoke to not only the brilliance of his mind but the depth of his character.

Ei-ichi Negishi was so much more than his accomplishments. Students saw him as a kind and compassionate teacher who cared more about their personal learning and growth than simply passing grades. He encouraged critical thinking and self-discovery in research and was even in class with his students the day he became a Nobel Laureate. At home, he had a wife and two beautiful daughters who he cared about deeply.

Ei-ichi Negishi faced a great challenge near the end of his life, where he battelled Alzheimer’s disease. He will forever be remembered not as what he became but what he has allowed others to become. FLOGEN offers our deepest condolences with the Negishi family as they navigate this difficult time.