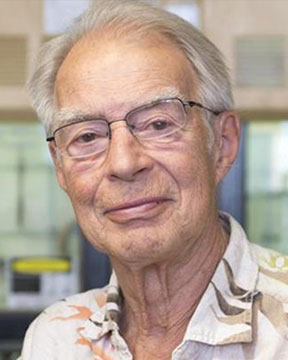 "I've had wonderful times with Science, including in (SIPS) Cyprus. I am sorry to have to take myself off scene."
Austen Angell

A great loss for the scientific community

"Dear Florian, I'm afraid I am in terminal illness... A matter of weeks now, they tell me.
Too bad - I've had wonderful times with Science, including in Cyprus. I am sorry to have to take myself off scene.
Yours sincerely, and good luck,
Austen"

It was the shortest message that Austen ever sent me. Usually, he used to write to me very long emails with his characteristic inductive way of writing by putting everything in a proper context before getting to the main point. I was walking with my dog Goldy when I read that email and I felt very bad. I stopped and emailed back telling him to have courage since medical statistics gives only a mean and do not cover all situations. Unfortunately, Austen passed away in his home in Phoenix, Arizona, in the morning of Friday, 12 March 2021, at the age of 87.

FLOGEN Stars Outreach had just double honored him at SIPS 2019 in October 2019 in Paphos, Cyprus with a symposium organized after his name: Angel International Symposium on Molten Salt, Ionic & Glass-forming Liquids: Processing and Sustainability, dedicated to his life time achievement that are described in the symposium web site: https://www.flogen.org/sips2019/Austen_Angell.php. He was also in the same event winner of Fray International Sustainability Award in the Molten Salt, Ionic & Glass-forming Liquids.

We feel so good that we were able to honor him just more than a year back. He deserved that so much. A rather classic, very successful academic but modest in public and with his colleagues and students, he was honored by numerous societies around the world. From one of the smallest capital-cities in the world where he was born and educated (Canberra, Australia in 1933 was a small city of just 15,000 inhabitants), he studied, worked and extensively travelled the world during his long career. Hi BSc and MSc were earned in Melbourne University before he went to study at University of Pennsylvania followed as a postdoc at London University's Imperial College where he got a PhD after several breaks to travel to Africa by car from Liberia to Sudan and back to the UK via Egypt, Syria, Turkey. He returned back to teach at Melbourne University but not long after that he went to Argonne National Laboratory, USA and then to Purdue University where he taught for some 20 years before he went to Arizona State University and stayed there for about 30 years while travelling the world. A fulfilled life for a scientist in the professional and social part of it.

The video of his award ceremony is given here:

A very nice souvenir especially for the unique casualty and sincerity.

He and his wife Jenifer highly evaluated SIPS as a unique event, and very different from all those they used to participate to. After seeing the video above you would better understand what Angel wrote to me on November 21, 2020:

"I wanted to say thanks to you for the fun of your SIPS meeting there, and for the video record of the banquet night. I just wish I had had more formal clothes with me. Didn't know we would be called onto the stage. (I have a nice tux somewhere and even look good in it). I think you did a great job on that evening, and also in your own detailed presentation. All round it was a pretty enjoyable meeting though different from most of the meetings, or international seminars, that I have been going to."

Well, Austen's rich experience around the world has been mostly face-to-face and person to person with scientists and has unfortunately been very poorly recorded. His professional photos are very rare and difficult to find. Somehow to compensate that I am putting below many pictures from SIPS 2019.

His last message before passing away is very unique related to science: He expressed how wonderful times he has had with science including FLOGEN SIPS and he felt sorry to take himself off scene. He was sorry for not contributing any more. Exceptional!

"An extremely collegial and highly influential scientist, an intellectual giant and scientific hero to many of us, in addition to being just an incredibly warm and wonderful human being"

These are the world of Ian Gould, President's Professor and Interim Director, School of Molecular Sciences, Arizona State University written on 12 march 2021 the day Austen passed away, words that we all agree with. 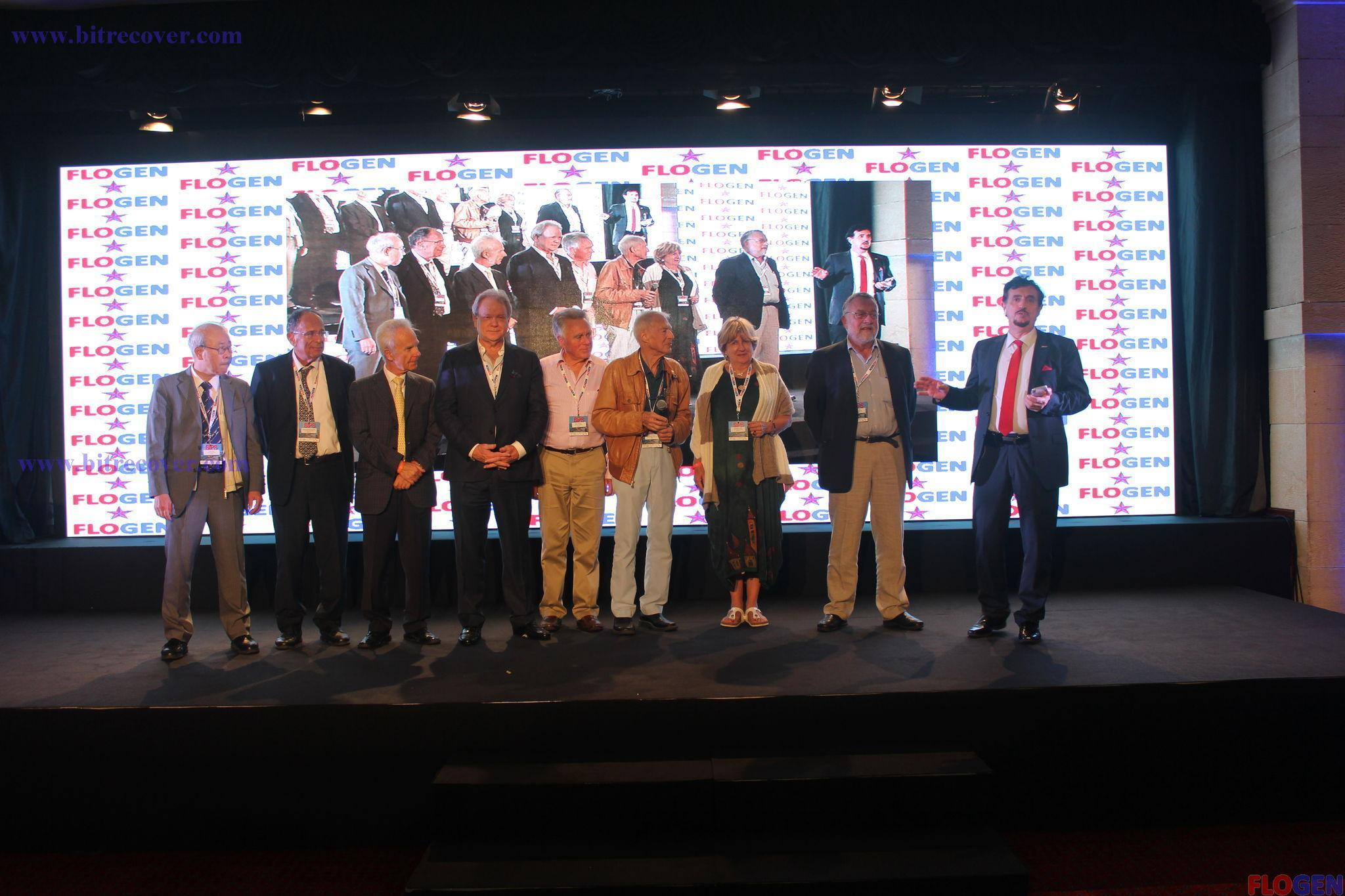 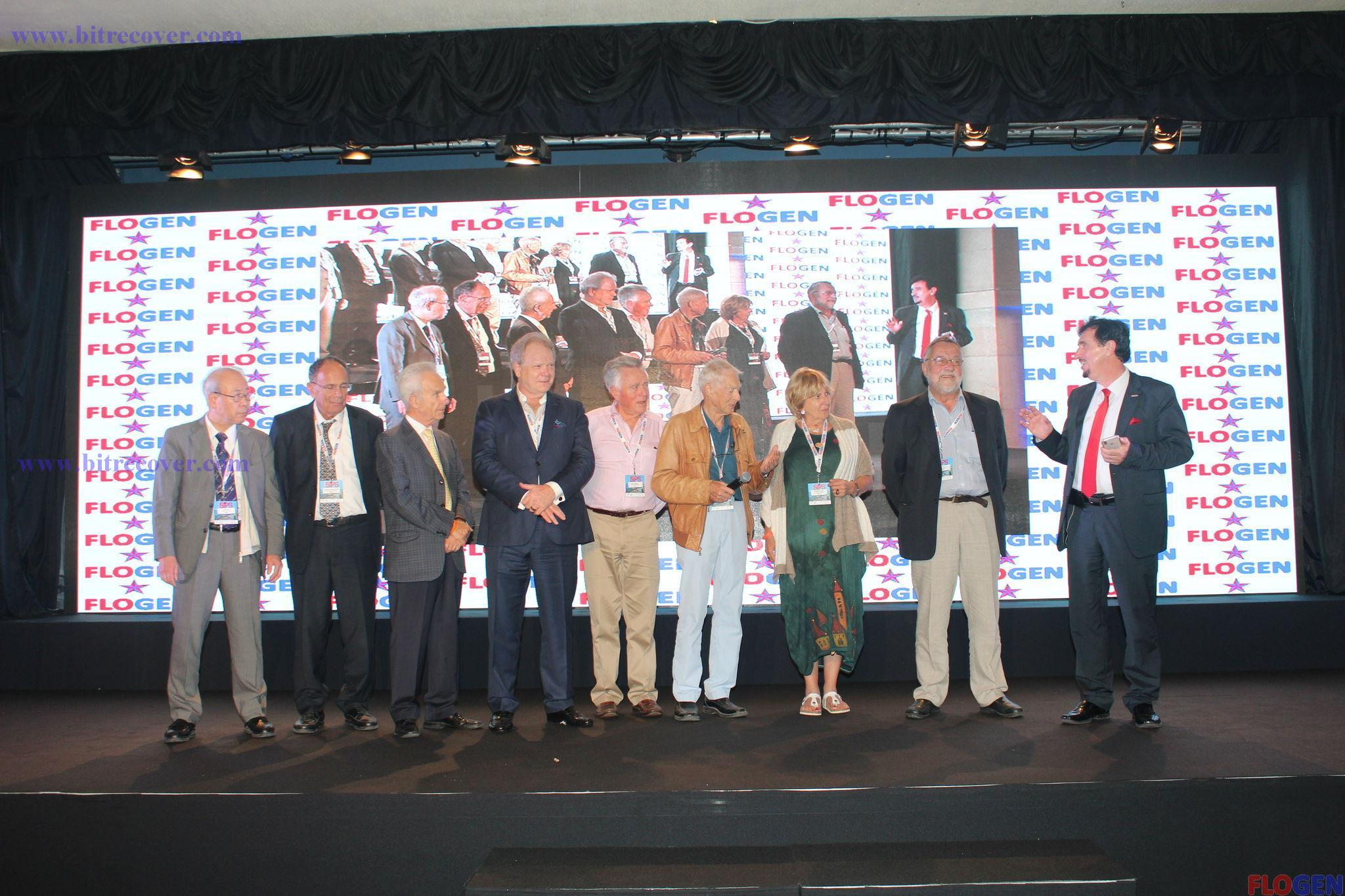 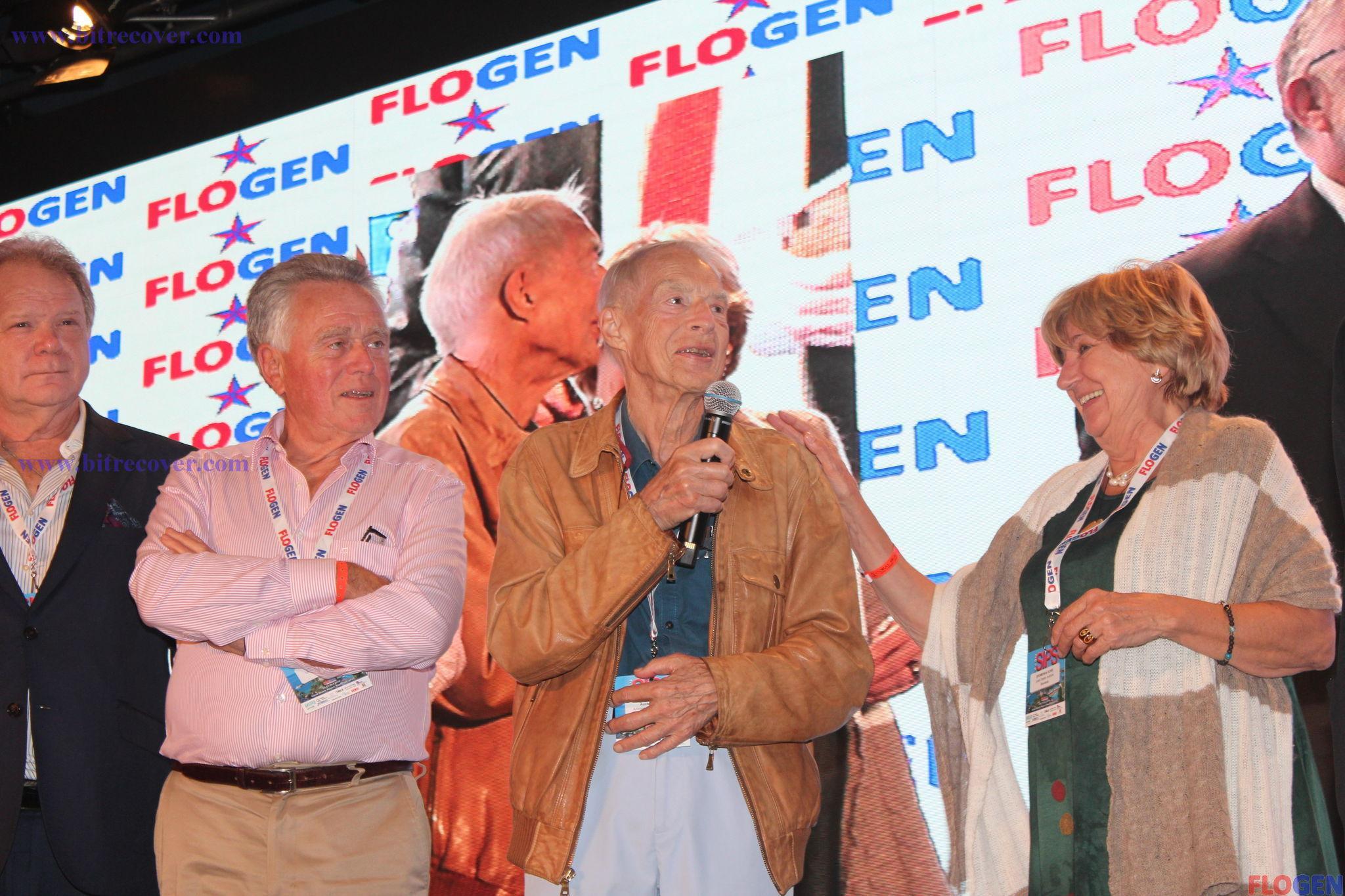 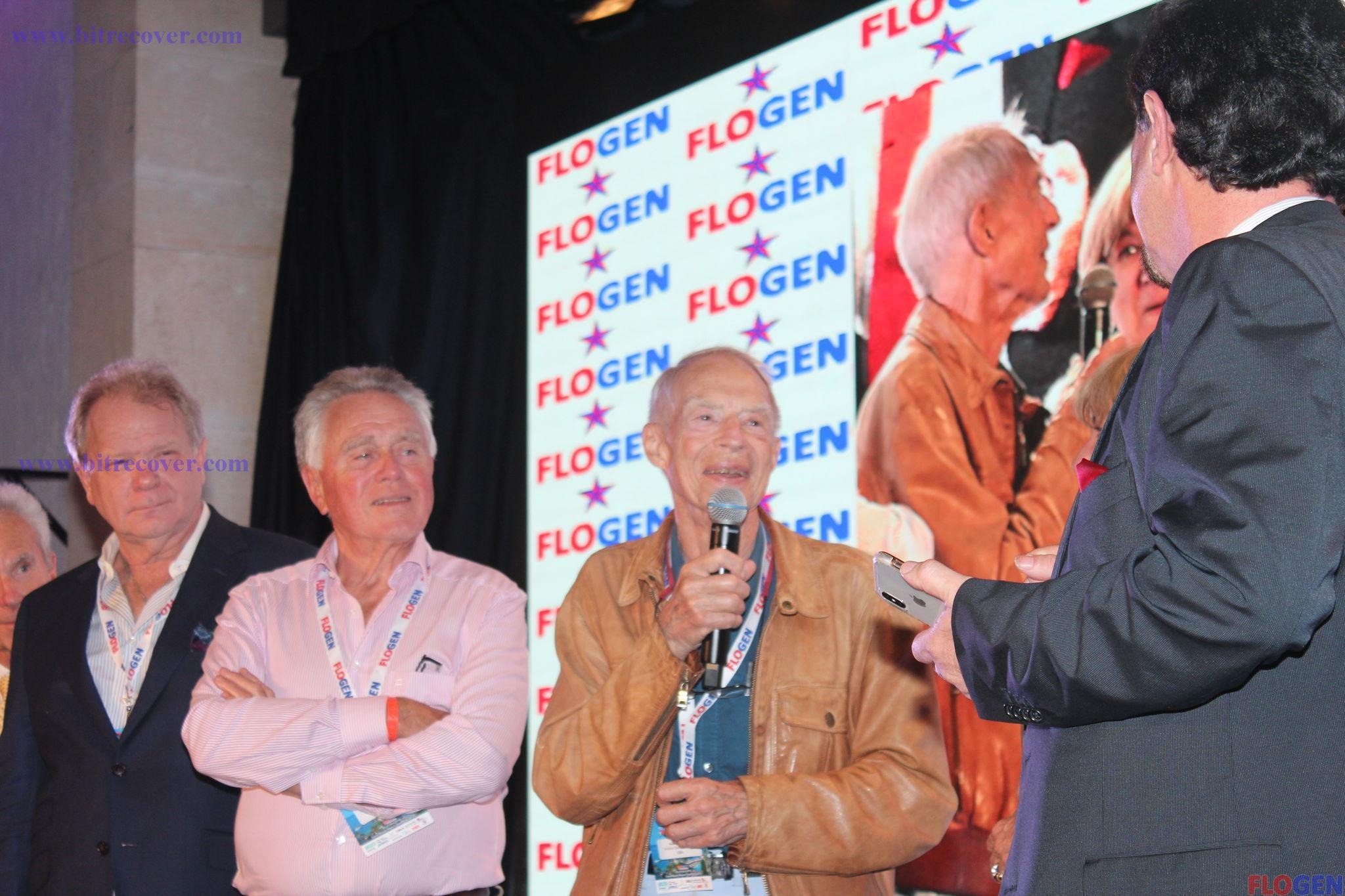 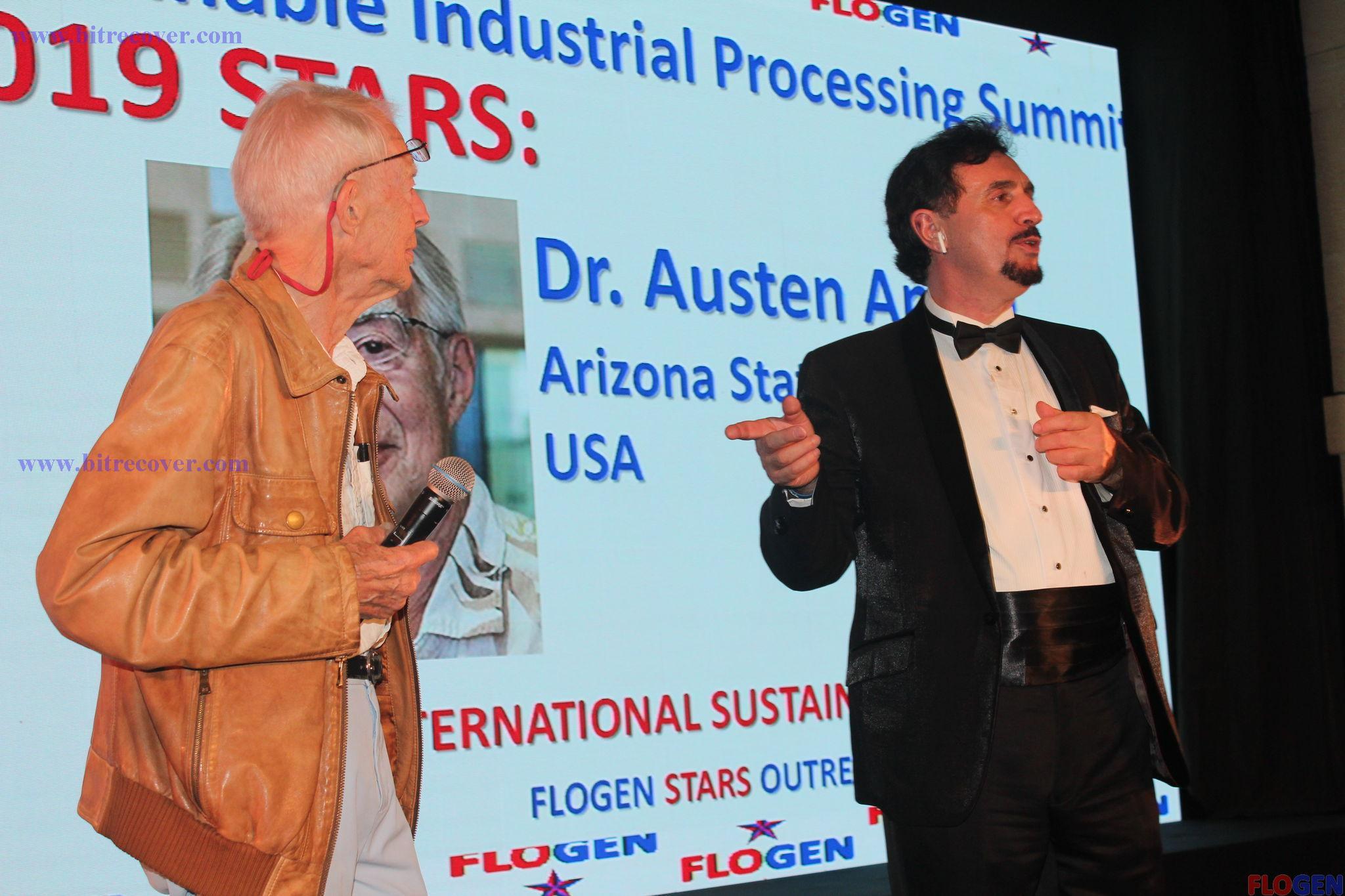 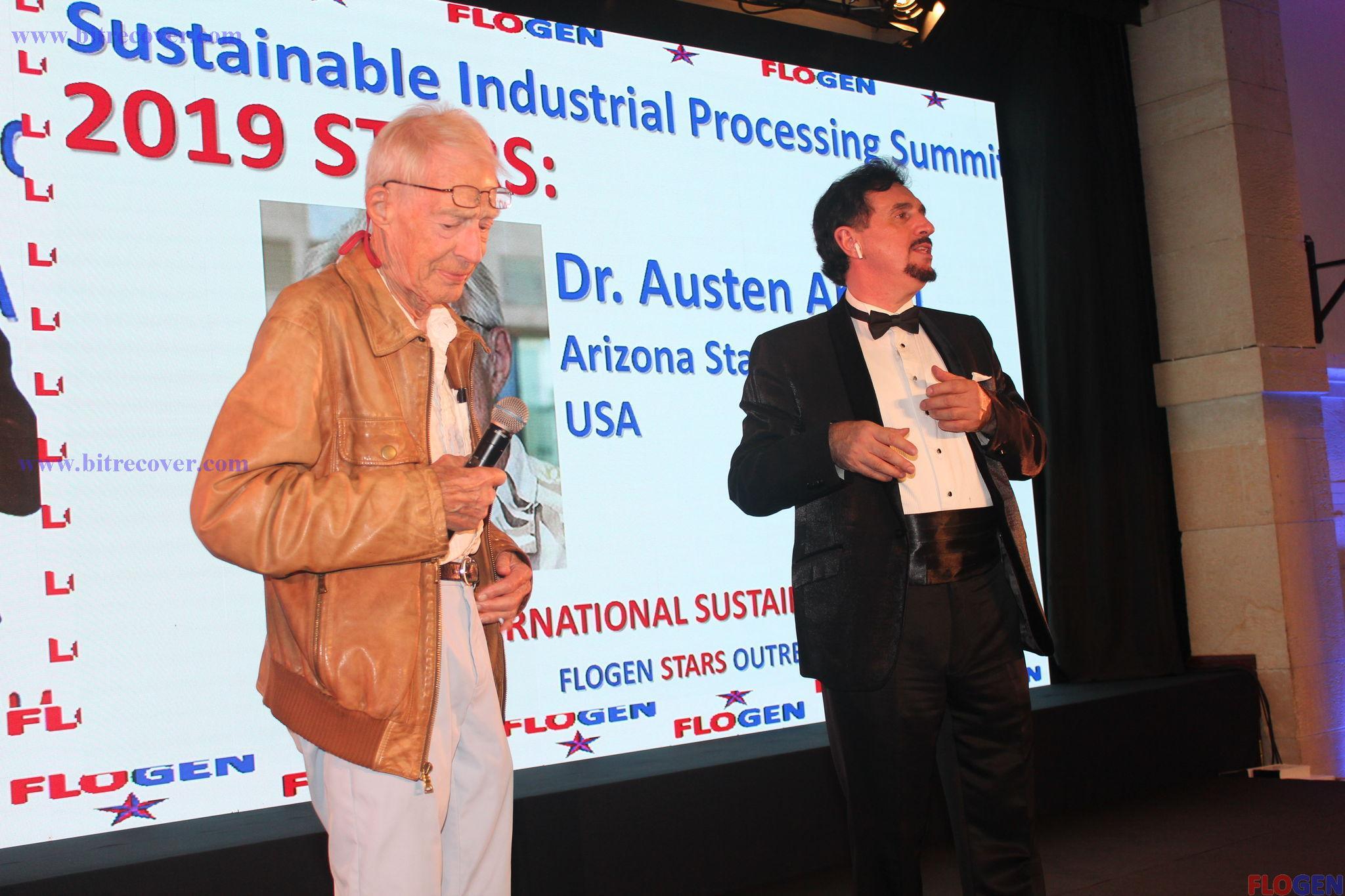 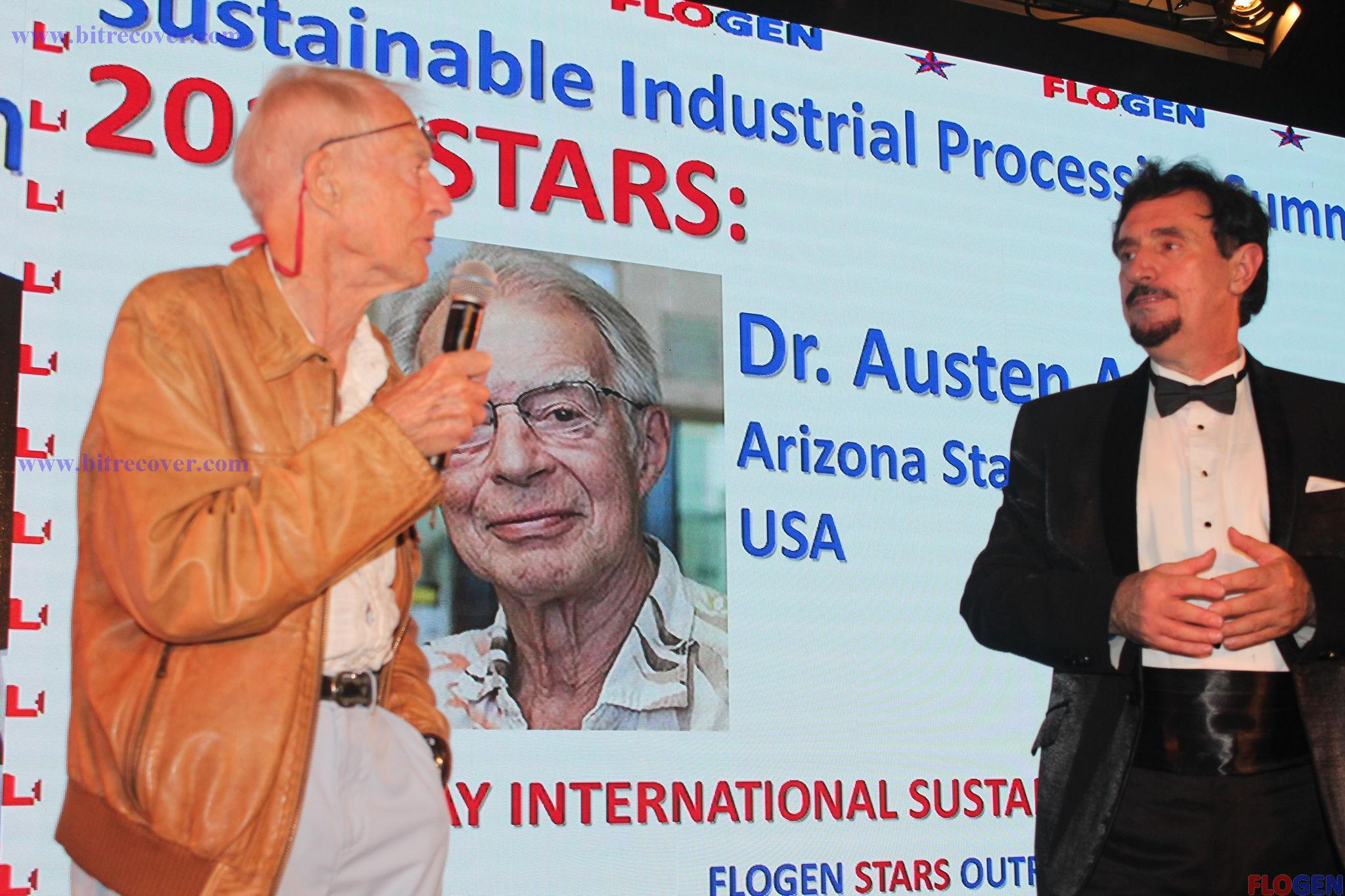 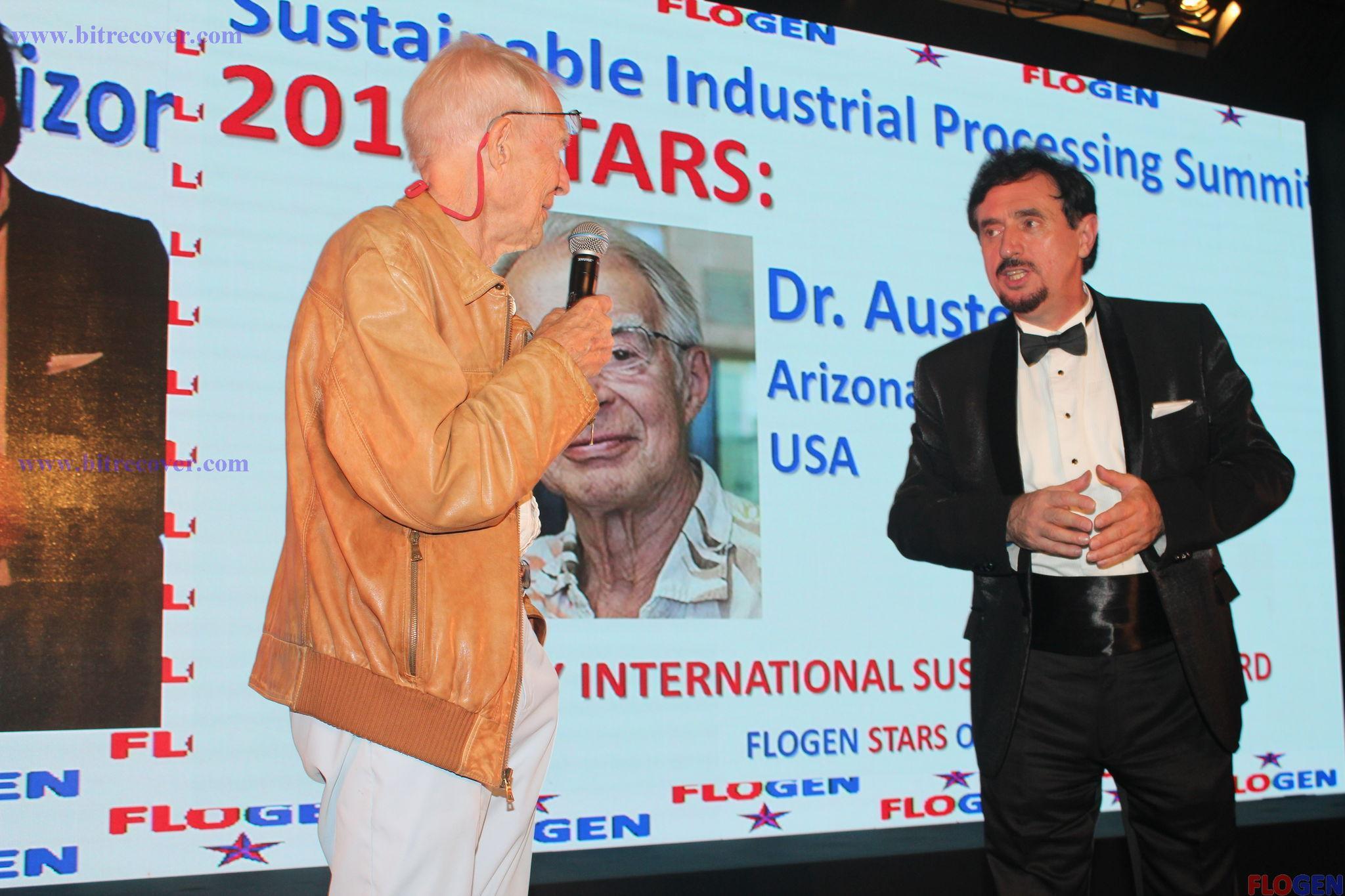 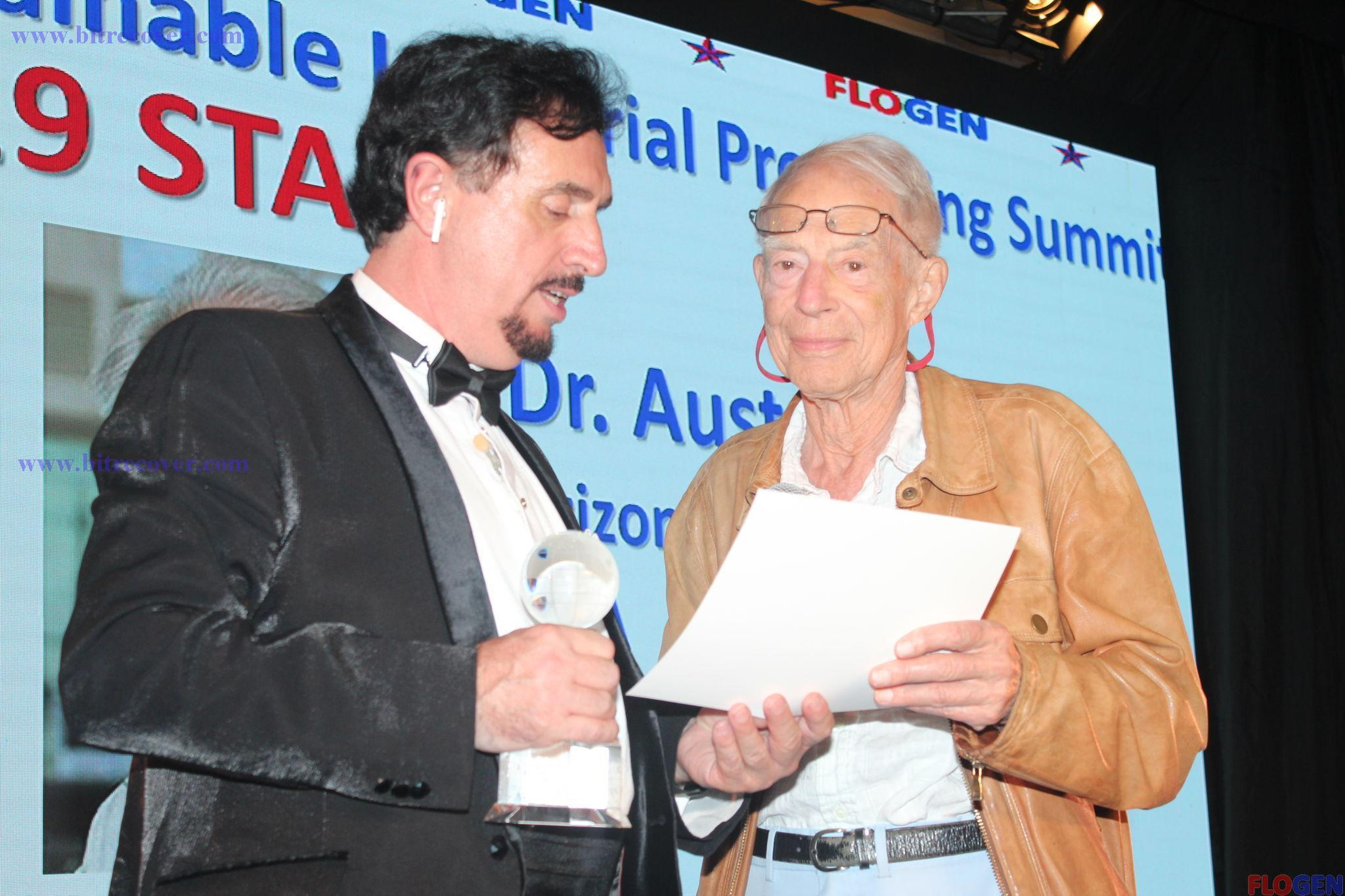 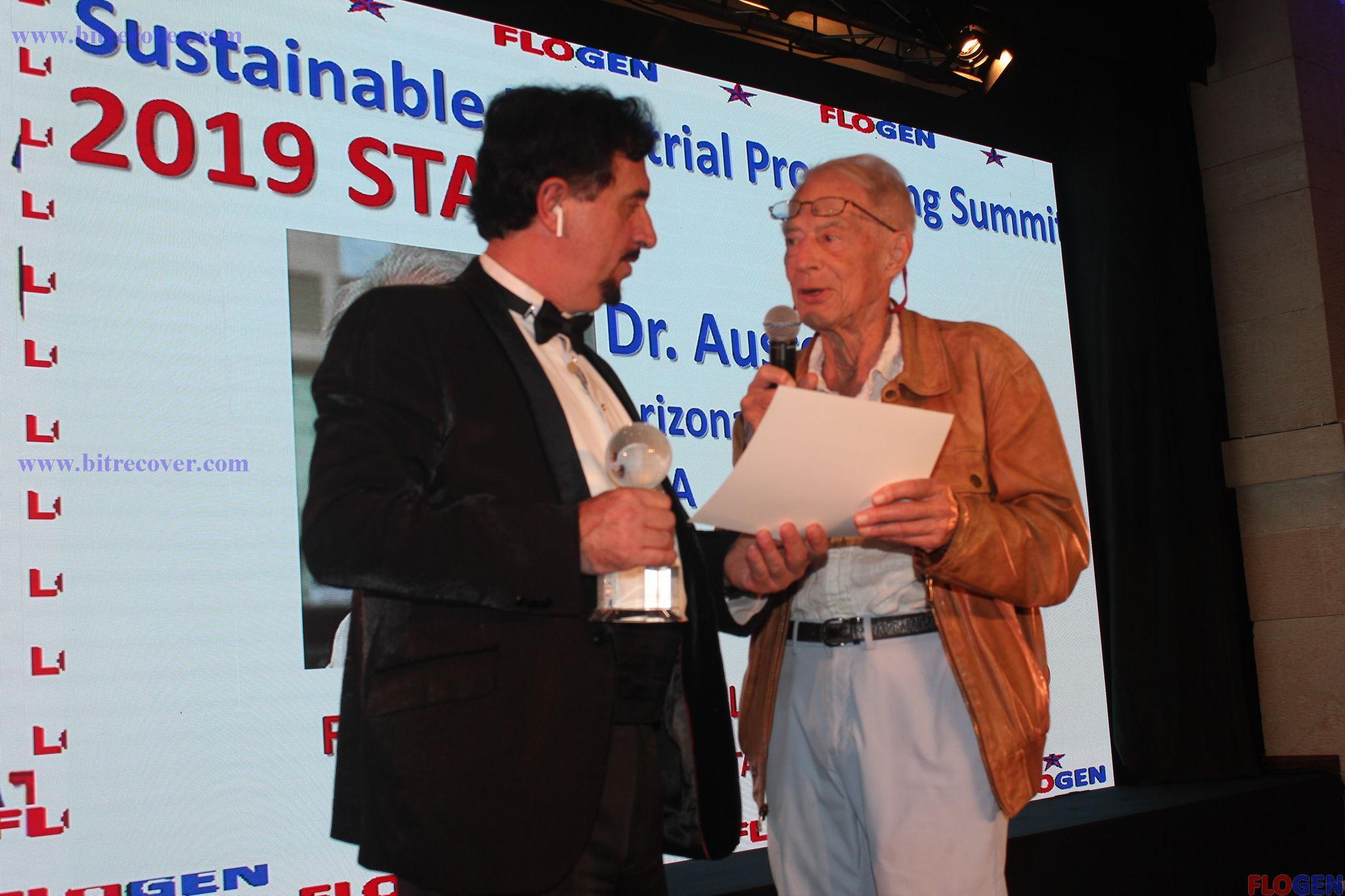 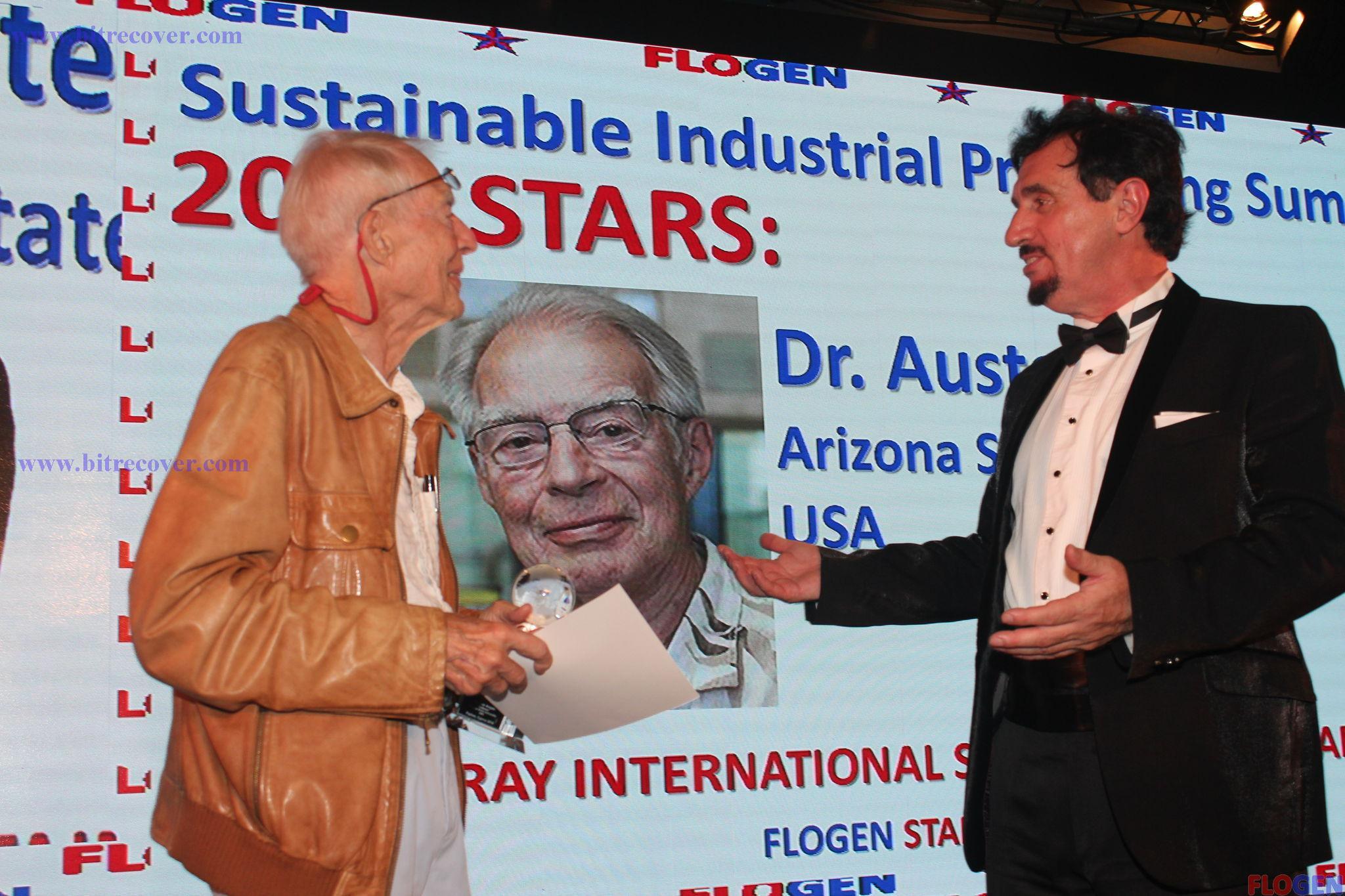 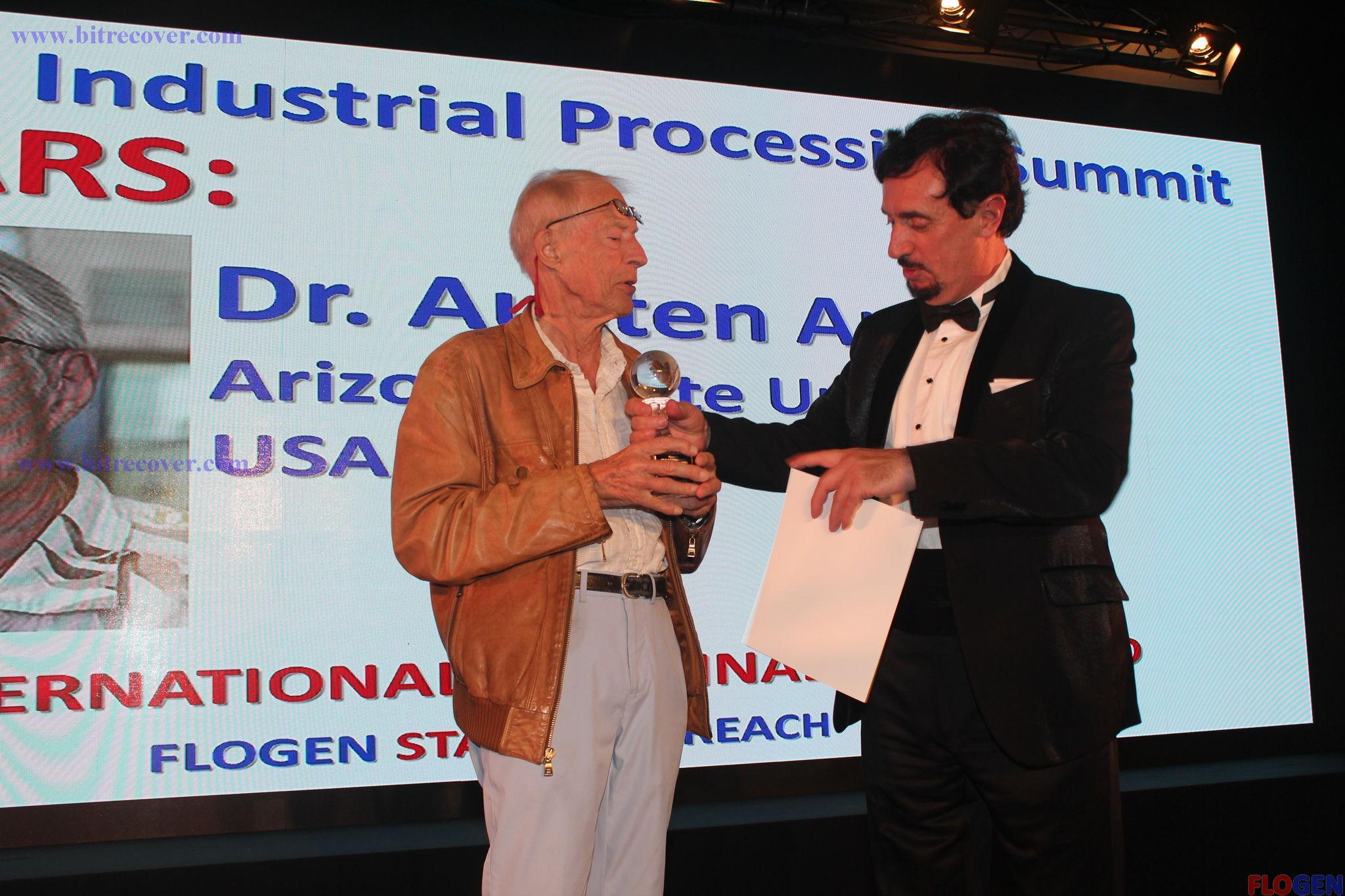 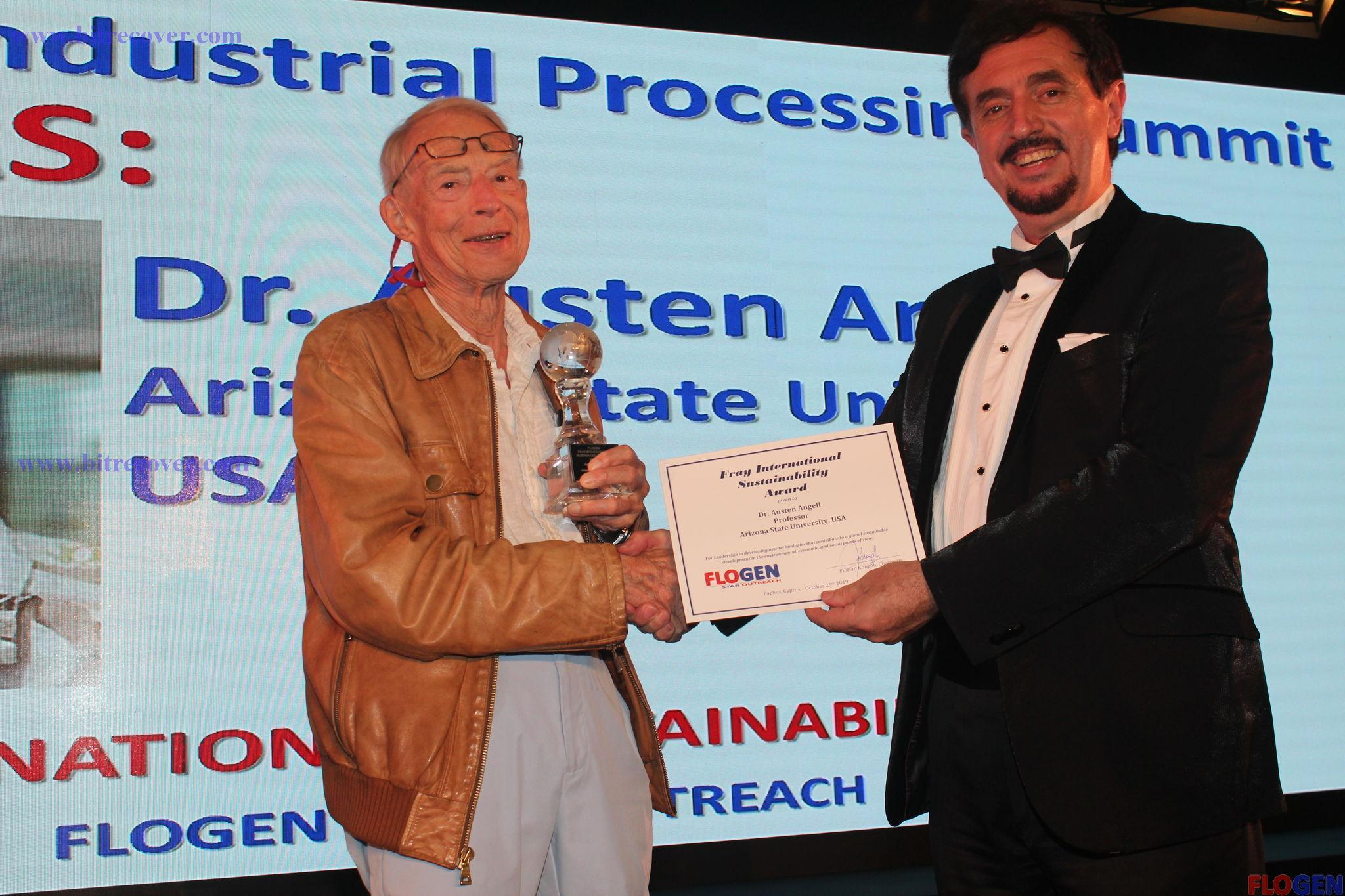 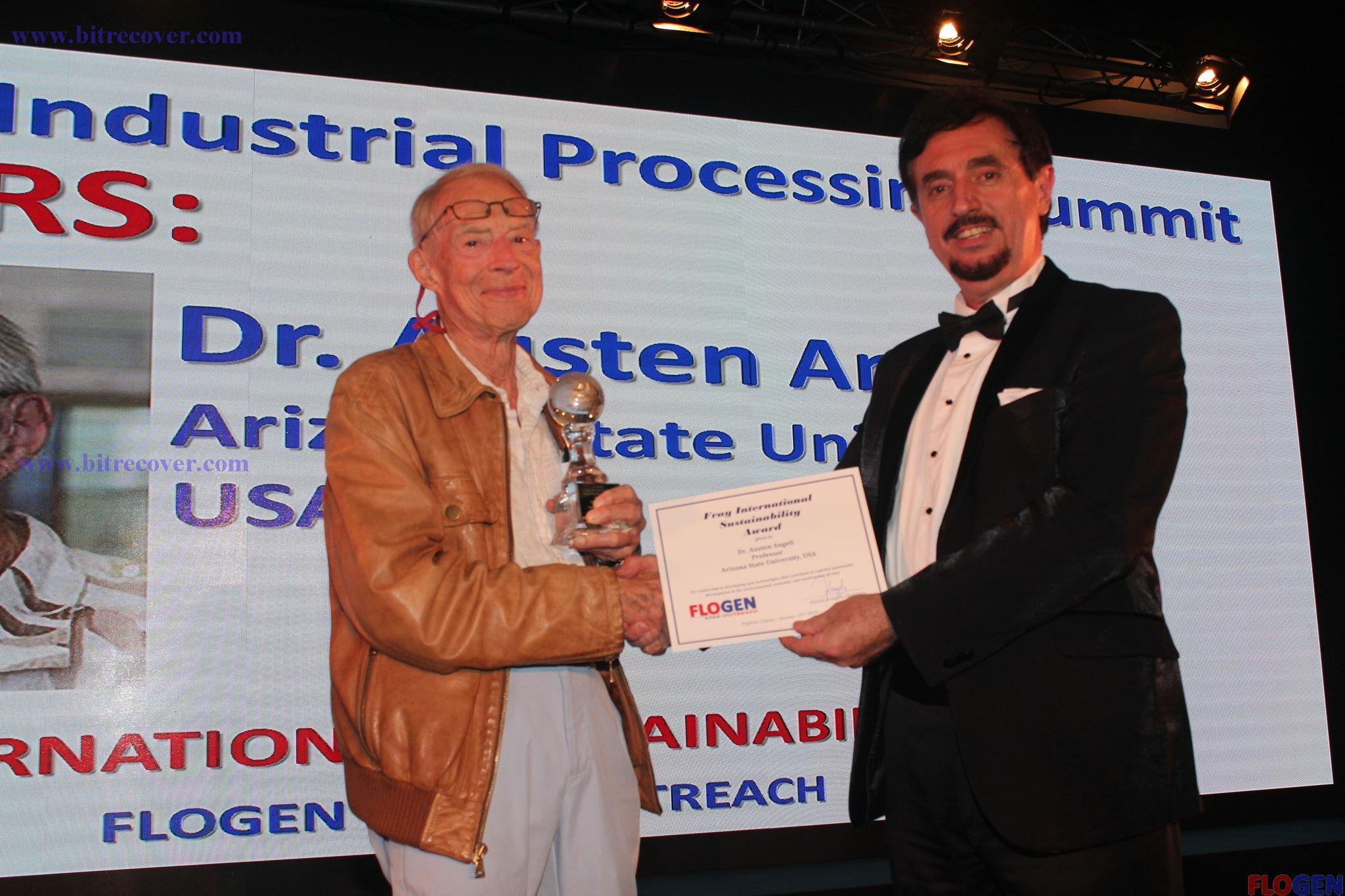 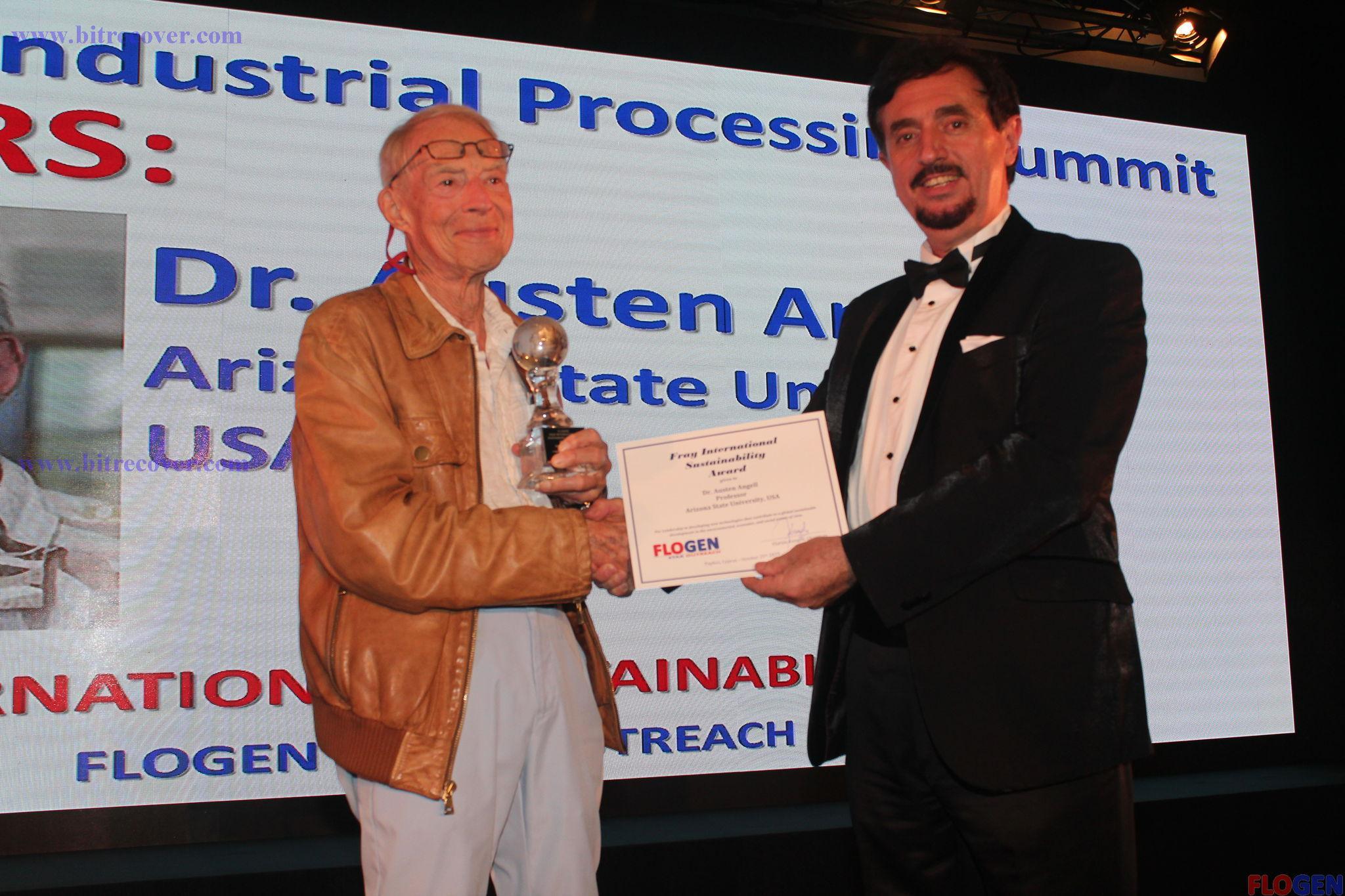 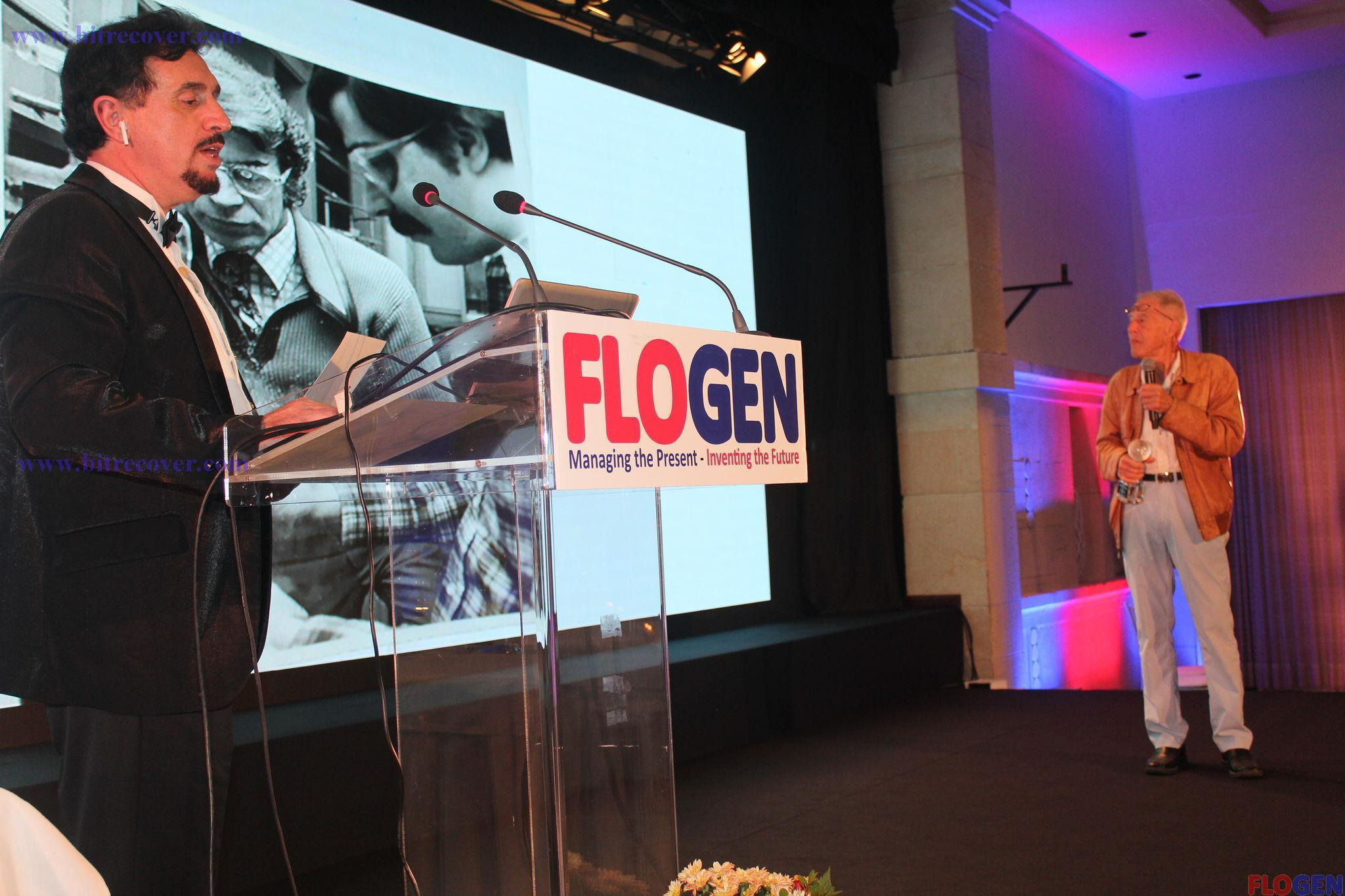 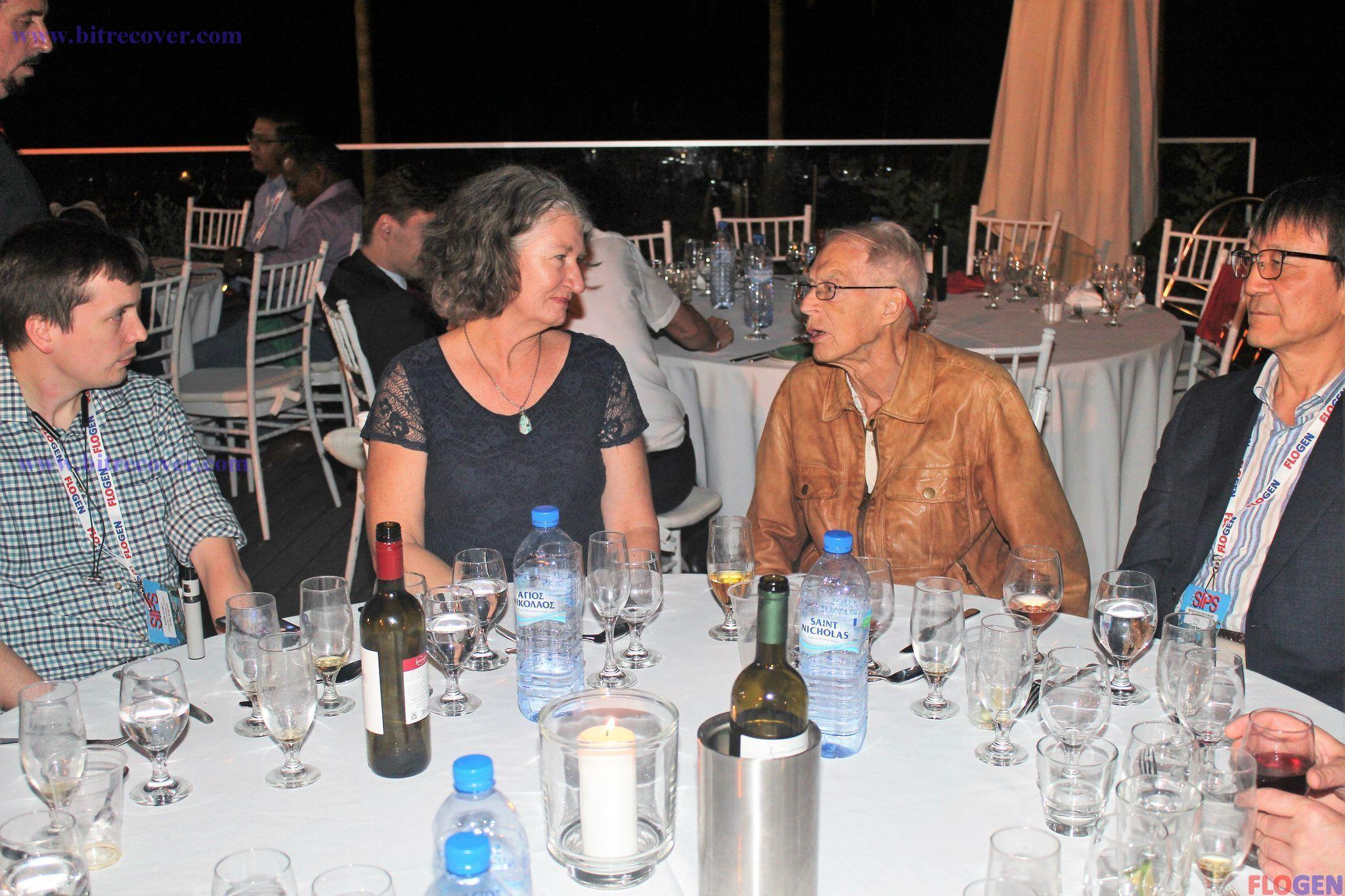 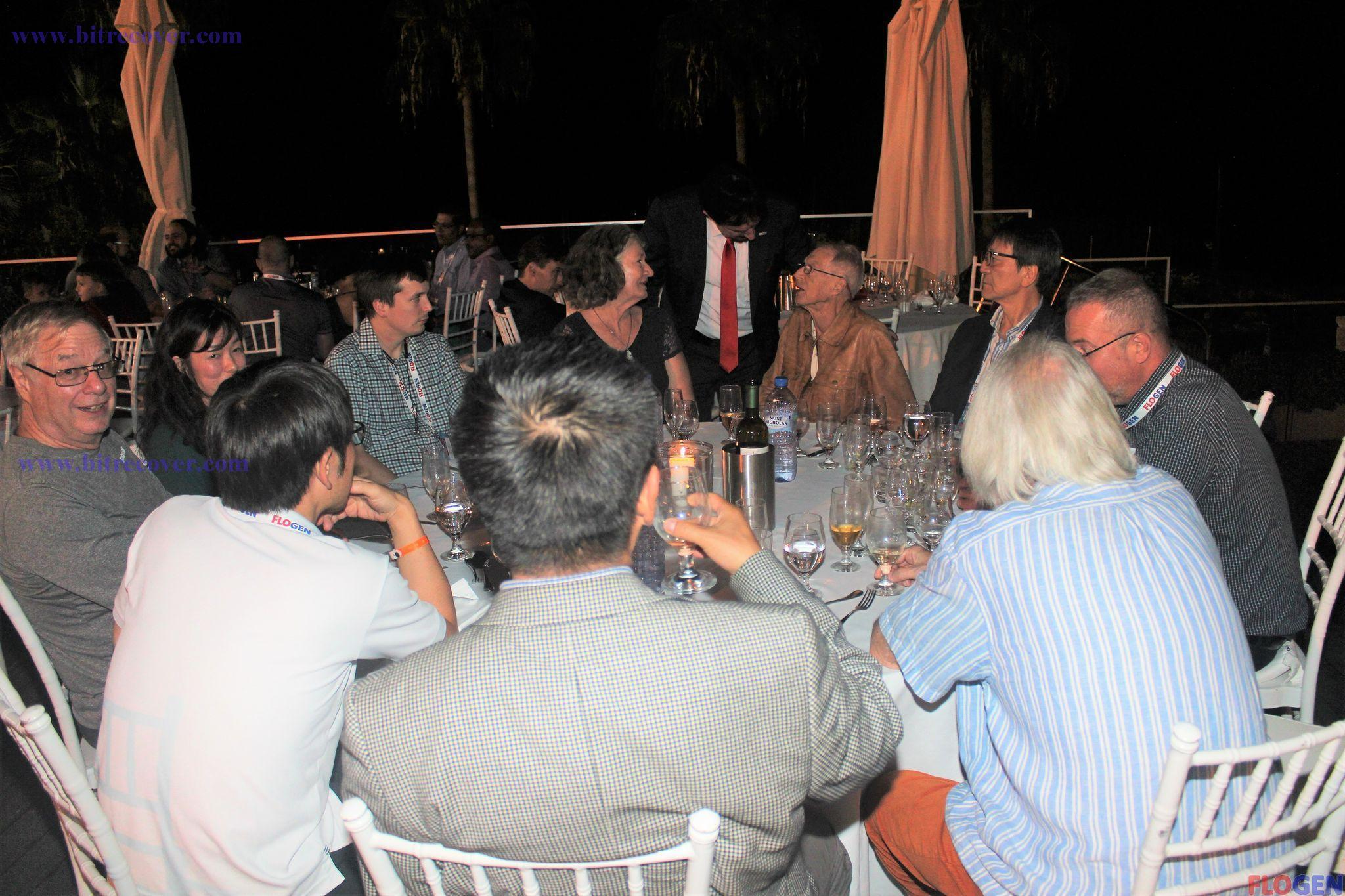 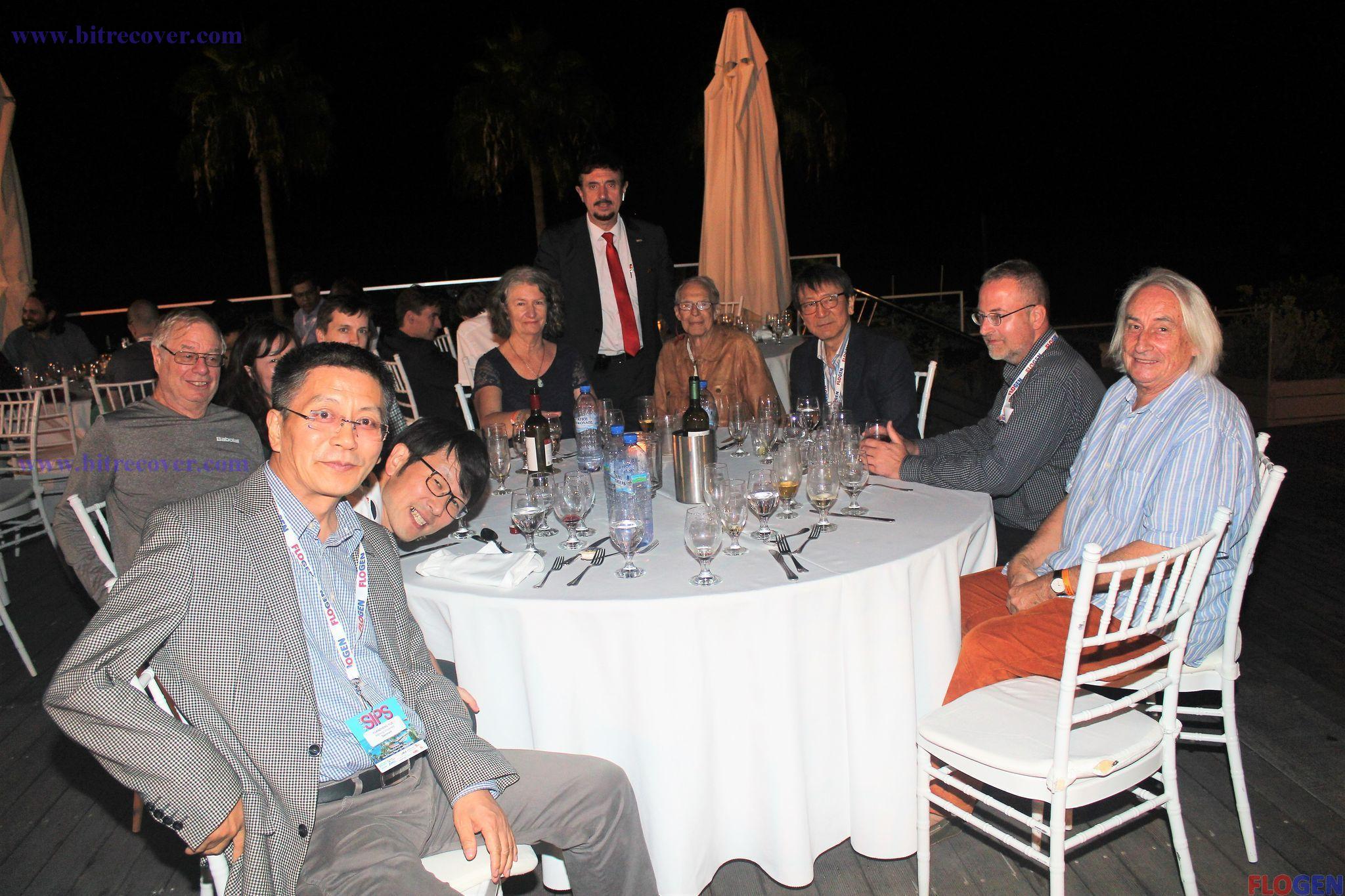 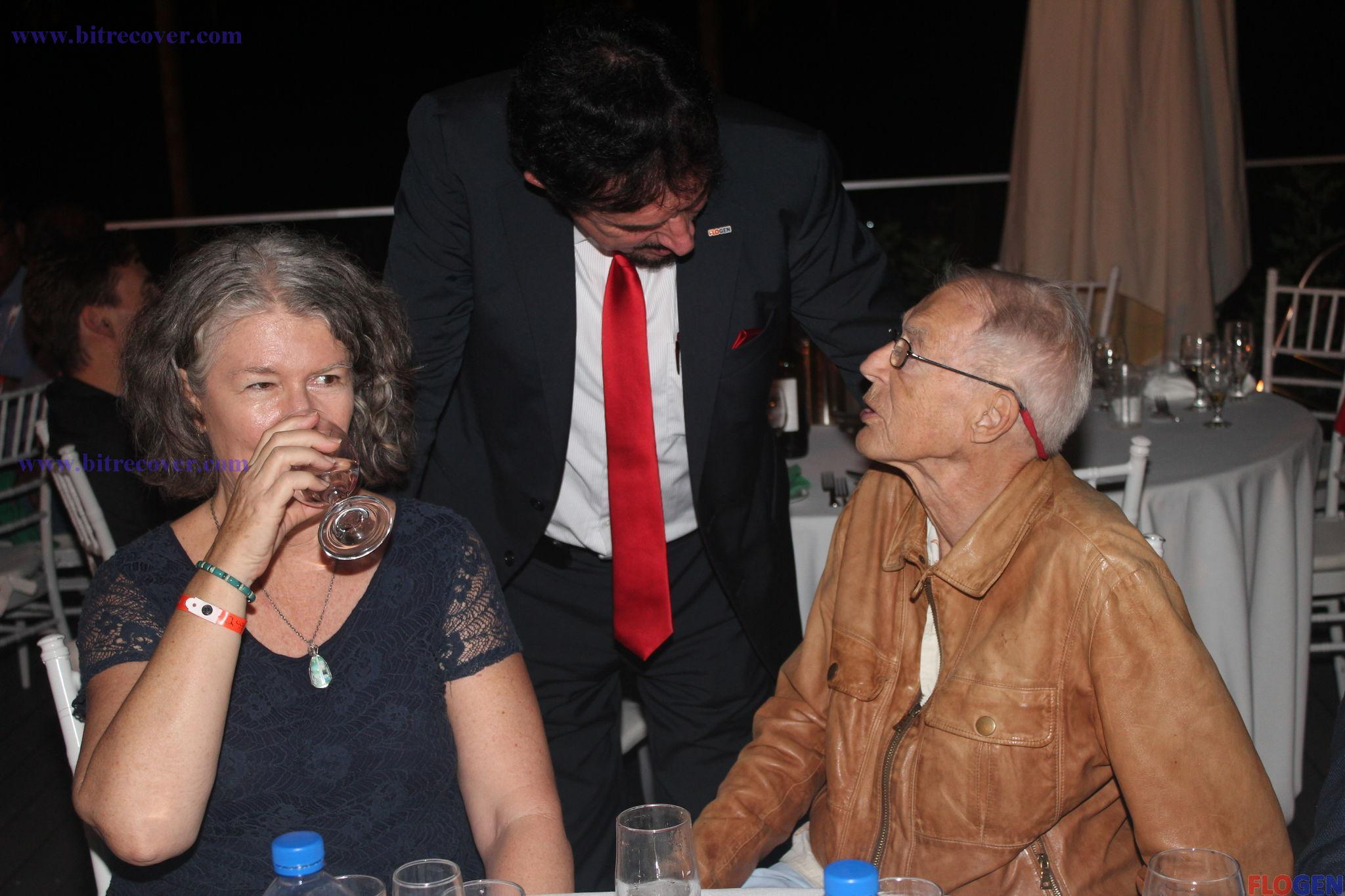 Austen Angell was a wonderful scientist, one of the very big guys in the field of glasses when I started myself in this area. My sorrows condolences to his family and friends. It was good that he was awarded by Sips and Flogen a couple of years ago.

An article from Limin Wang, of Yanshan University Qinhuandao, in homage to Prof. Austen Angell, a long time SIPS attendee and contributor